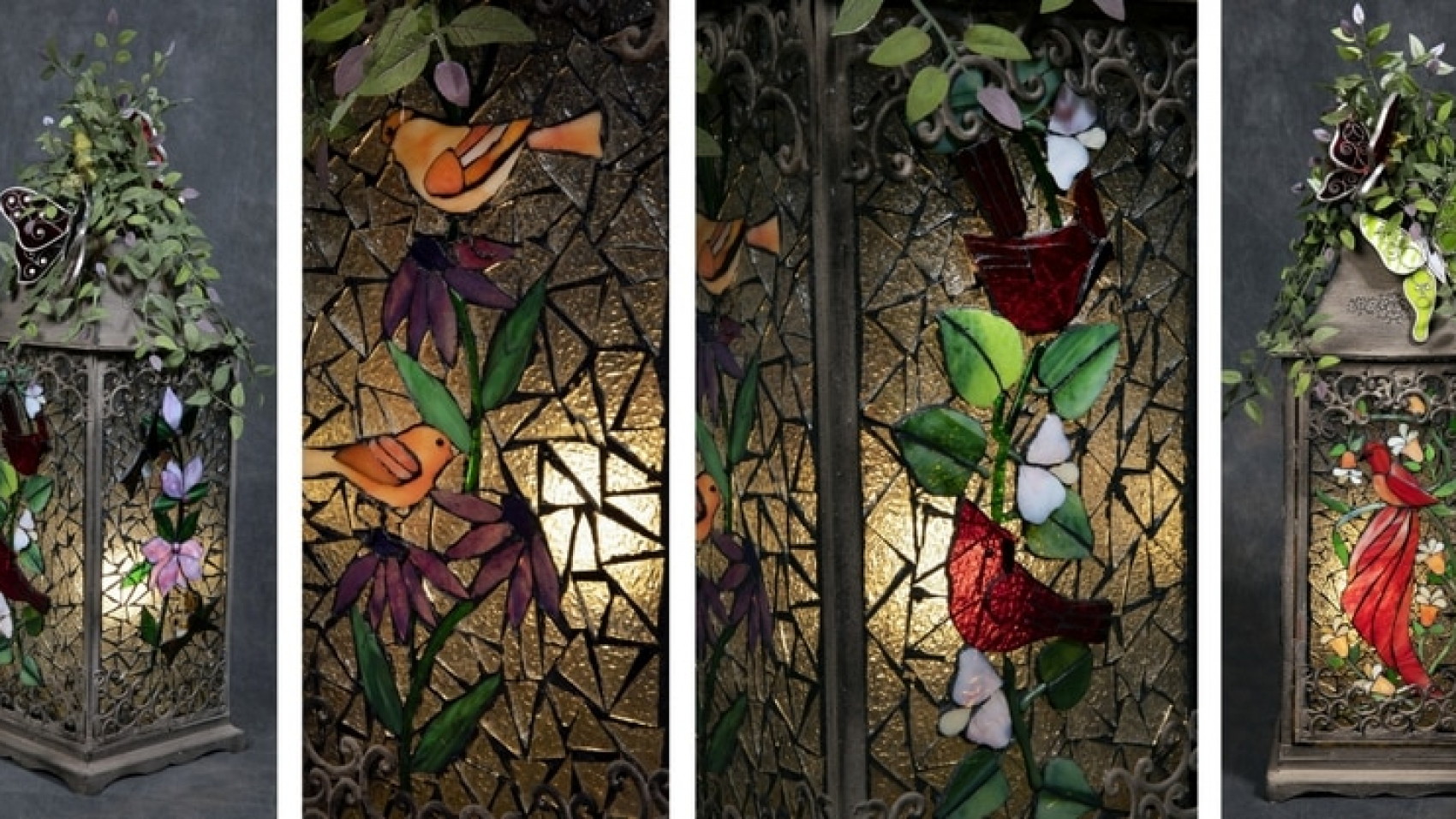 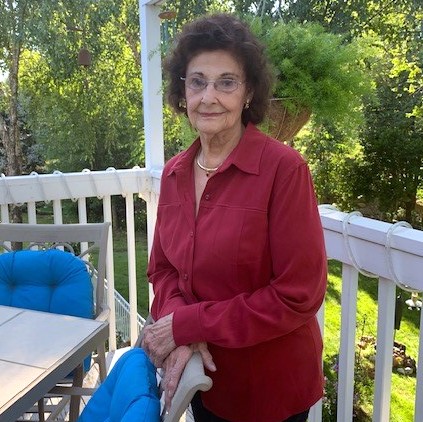 More than four years ago, Dorothy Jeffries moved from Oswego, Kan., to Topeka. But she left a stained-glass legacy behind.

For 30 years, Dorothy worked as a stained-glass artist and teacher there. Her late husband, Jack, was her partner in both life and art. Together, the couple created all the windows for two churches and the library in Oswego. They did smaller projects for several other churches in the area.

Dorothy first entered the Art Is Ageless® competition at Parsons Presbyterian Manor because one of her students was the former marketing director. She has been sharing her work with PMMA communities ever since.

“I’m still surprised by the greatness of some of the older artists,” she said.

“You Light Up My Life”

After her husband’s death and some health issues, Dorothy moved to live with her daughter Glenda Bundy. Fortunately, she can still participate in the Art Is Ageless program through Topeka Presbyterian Manor.

“She has a studio downstairs that she calls her she shed,” Glenda said. She estimates Dorothy, who recently turned 89, spends 50 hours a week working on stained glass projects.

These days, her work is smaller in scale, like “You Light Up My Life,” the blue-ribbon-winning lamp she entered in the 2021 Art is Ageless competition at Topeka Presbyterian Manor. It was selected to appear in the 2022 Art Is Ageless® calendar.

The lamp features an intricate floral pattern on four sides and is topped with greenery and stained-glass butterflies. After she completed that one, she made lamps for two of her daughters, and now she’s working on a third. Each has a different design.

“I just get an idea and go from there,” Dorothy said. “Sometimes I make a mess and have to go back and redo it.”

Glenda said her mother set a great example for her children.