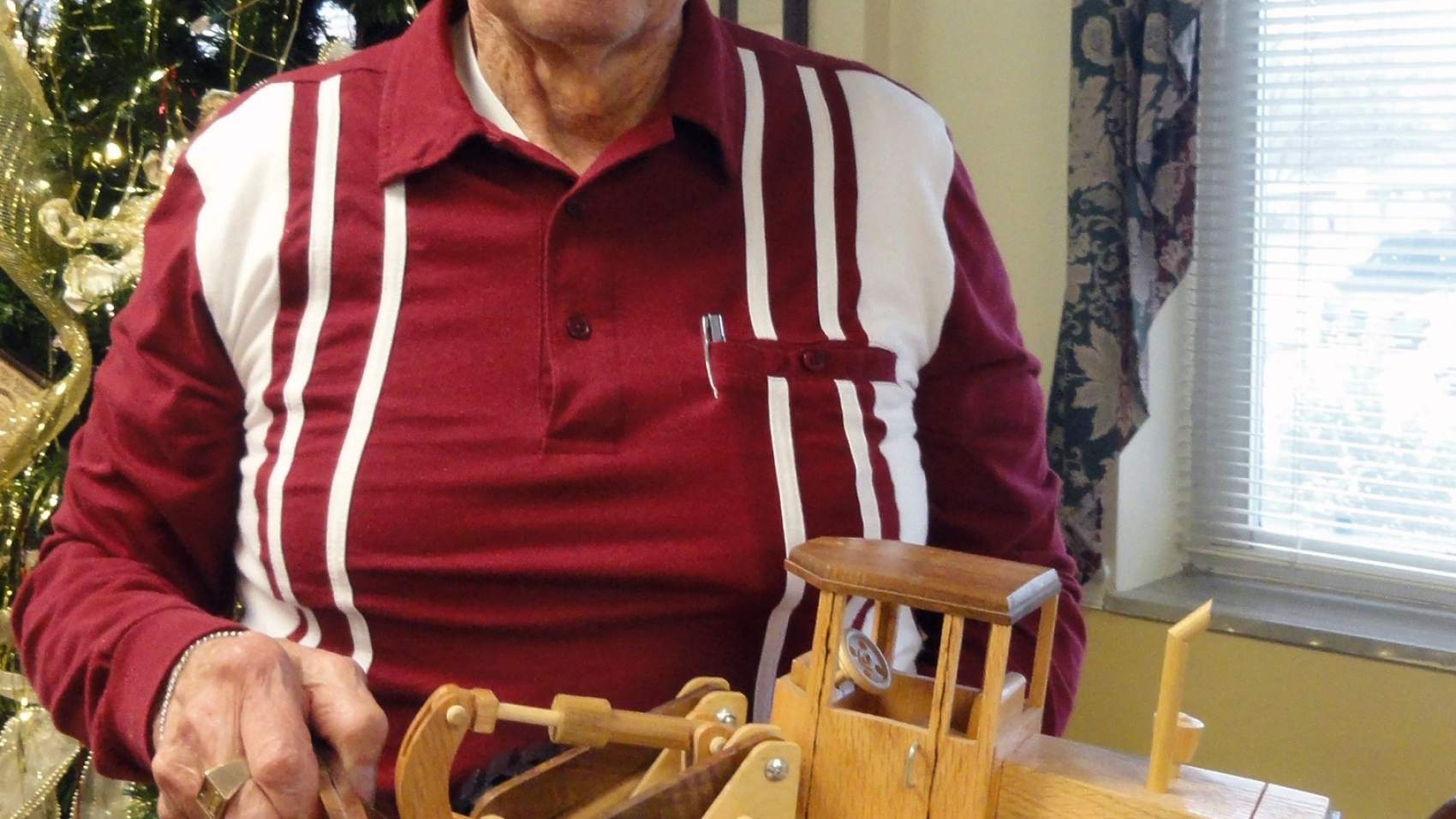 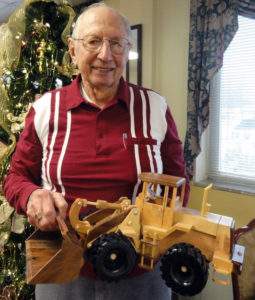 Verne Goering took woodworking classes all through school as a boy. He set the craft aside during most of his working years, but after retirement in 2001 he was back at the workbench.

Since then, Verne estimates he has made more than 5,600 wooden toys, and he’s given most of those away.

“I made toys for my grandsons, and I saw how happy they were and how they played with them,” Verne said. “I thought kids who didn’t have toys of their own would enjoy them too.”

This year, his work will also be enjoyed by anyone with a 2017 Art is Ageless calendar. A front-end loader he built was chosen among winners across all Presbyterian Manors of Mid-America communities to be featured in the calendar. Verne has entered Art is Ageless twice at Newton Presbyterian Manor. Last spring, he earned the People’s Choice award, which put him in the running for his first win at the masterpiece level.

Verne and his wife, Ruth, live in a retirement community in Moundridge (Ruth’s sister is Newton Presbyterian Manor resident Eleanore Myers). When they were looking for a place to retire, one big requirement was that it have space for Verne’s workshop. Now, in his basement, he has a table saw, bandsaw, joiner, drill press, sander, and many hand tools.

He has expedited the toy-making process by using templates and cutting out several pieces at a time. Because they’re going to small children, he finishes them with a non-toxic oil. Several years ago, when toys were being recalled frequently for harmful chemicals or faulty designs, Verne stamped the bottom of one of his Grasshoppers with the phrase: “Not made in China. No recall required.”

With every toy he gives, Verne also includes a Bible tract, so that the children who receive them may know the love of Jesus Christ. His generosity to those in need is a great example of that love as well.