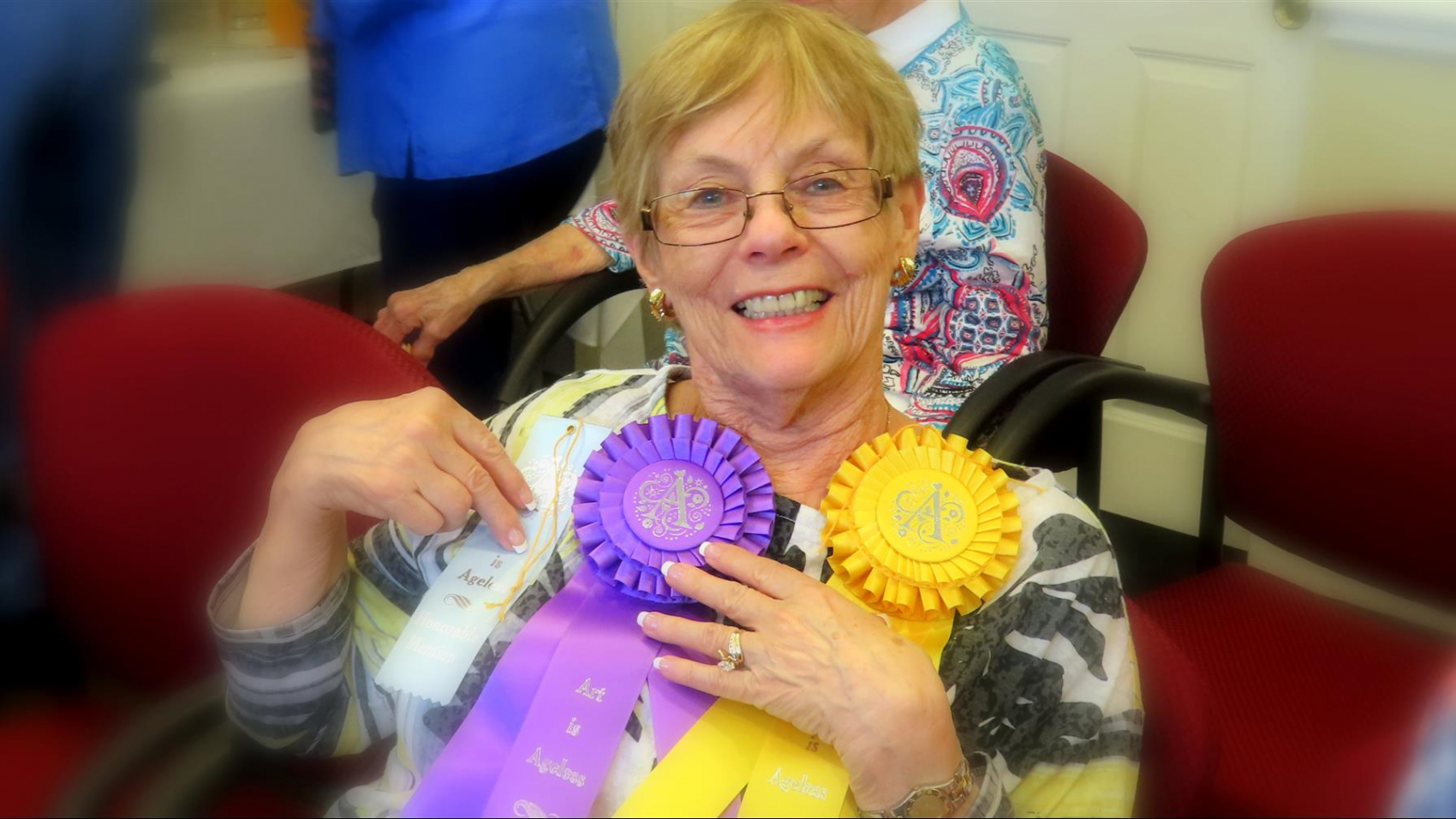 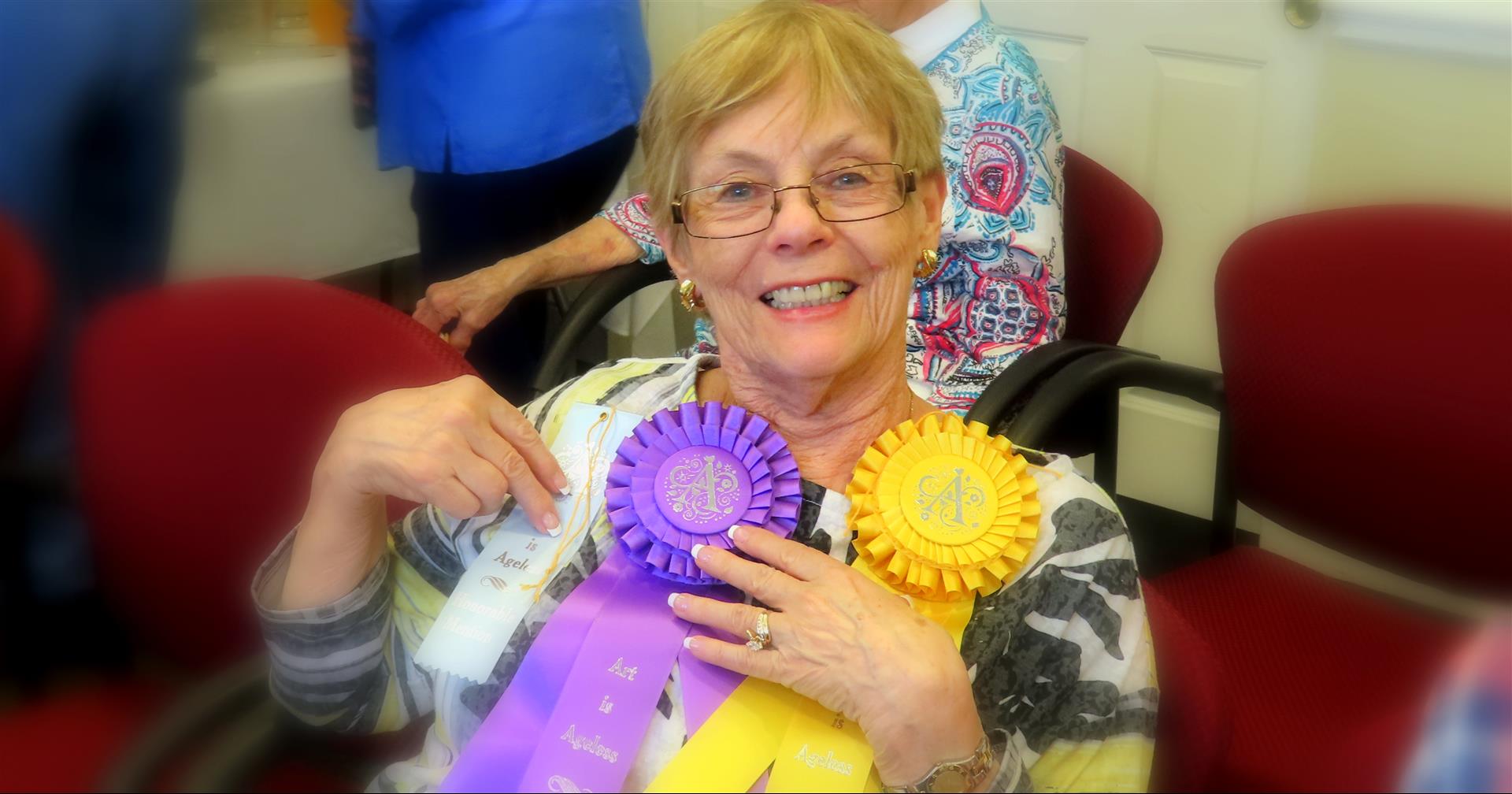 Already an accomplished artist, Shirley Dixon decided one day that she was going to start focusing on capturing the likeness of animals.

It was a large picture of leopards hanging in her Aberdeen Village apartment that inspired her. She thought they could use some company.

It started there and recently resulted in her winning Best of Show – Amateur in Aberdeen Village’s annual Art is Ageless competition. The 85-year-old took the top spot for her large colored pencil drawing of a male lion titled, “His Majesty, The King.” The piece was completed on suede board, which Shirley says results in a velvety soft finish. 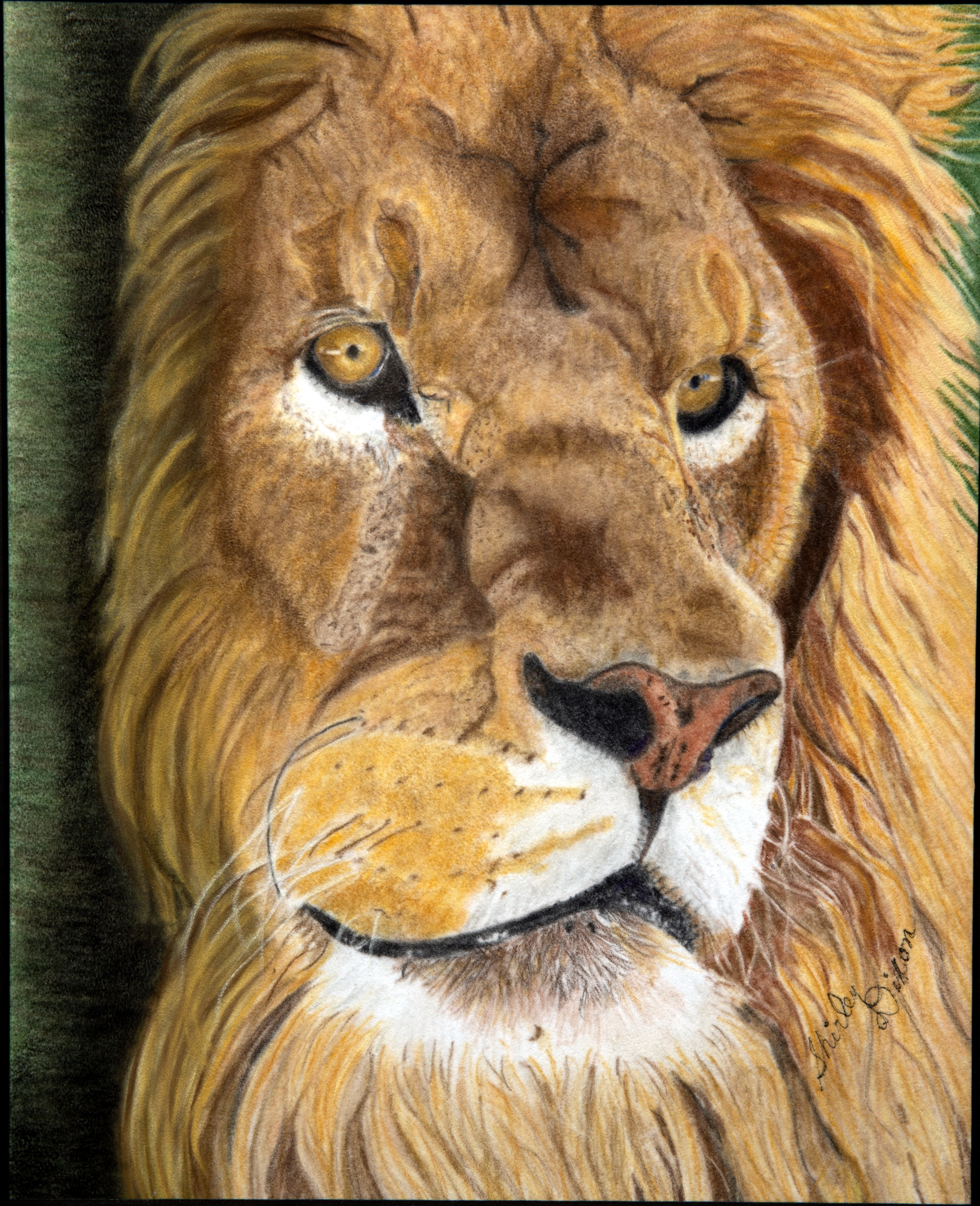 “He was pretty stately looking,” she said of her lion. “I really enjoyed working on him.”

She enjoys drawing all other animals as well.

Her first drawing, which was of a zebra, won first place in Art is Ageless.

“It’s kind of ballooned from there,” Shirley said. “I’ve done one of almost everything animal-wise. I think I prefer doing the animals. I just enjoy them so much.”

Shirley’s foray into art began shortly after she moved into Aberdeen Village. Displays of other residents’ artwork in the hallway struck her.

“I thought, ‘gee, that looks so interesting,’” she said.

She soon joined in the art classes at Aberdeen Village and has been attending faithfully ever since.

“I really look forward to it,” Shirley said. “It’s the highlight of my week. I’ve hardly missed any classes in three years. They always say, ‘Shirley must be really sick if she’s not here.’”

Her drawing of tomatoes titled “Tomayto, Tomahto” won for People’s Choice this year, and a piece she did last year called “Christmas Among the Birches” was featured on one of the Art is Ageless holiday cards.