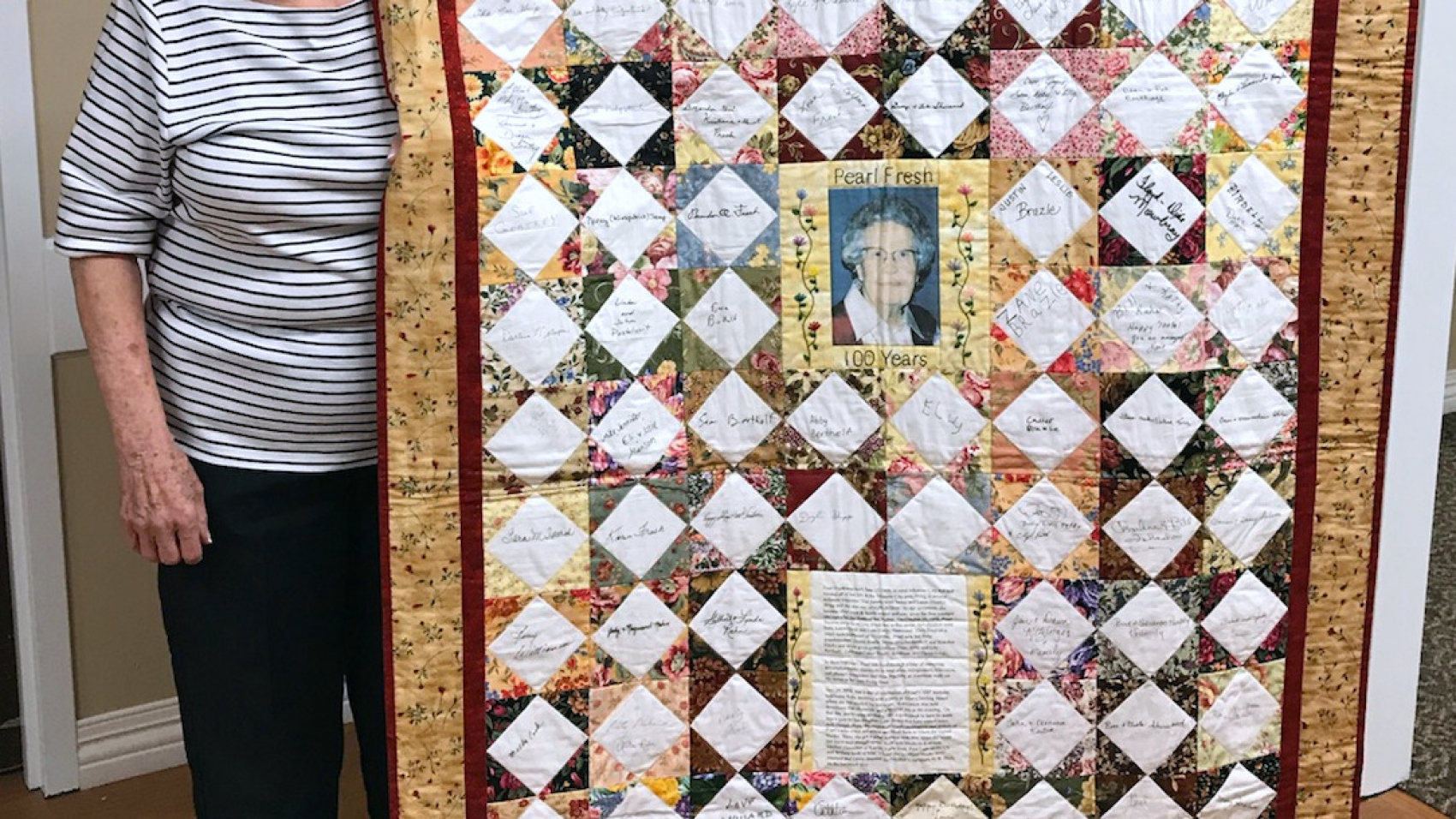 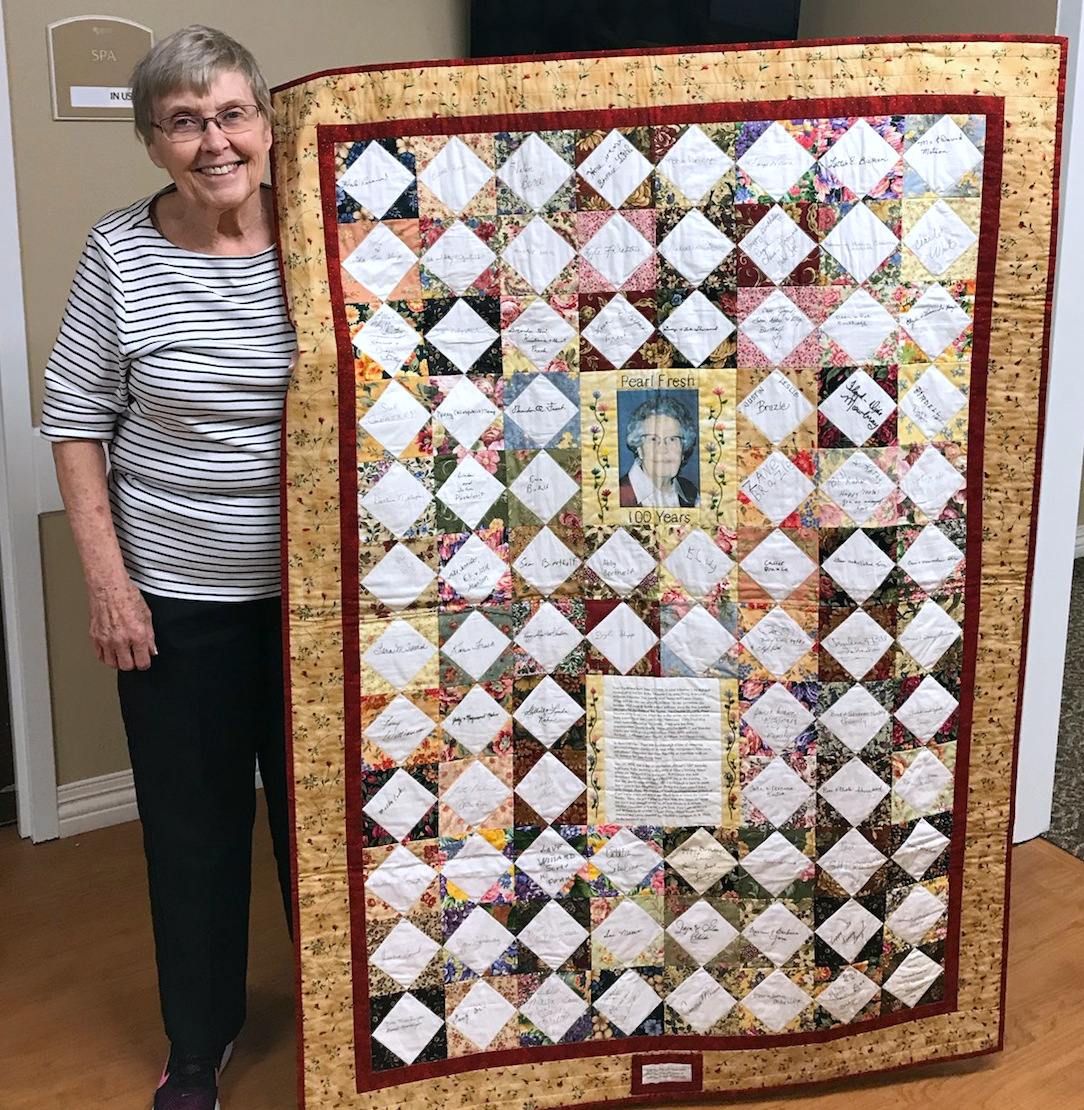 Leta Sherwood poses with the quilt she made to celebrate her mother’s 100th birthday. The quilt included blocks of fabric signed by family, friends and even President G.W. Bush.

In celebration of her mom’s 100th birthday, resident Leta Sherwood set out to do something special, something that would show her mom just how much she—and many others—loved her.

“My mom took quilt blocks and fabric to grandma’s birthday party and had everyone who attended sign one,” said Leta’s daughter, Jayna Bertholf. “Some of grandma’s relatives couldn’t come to the party, so mom sent some blocks in the mail and had them mail them back to her.” 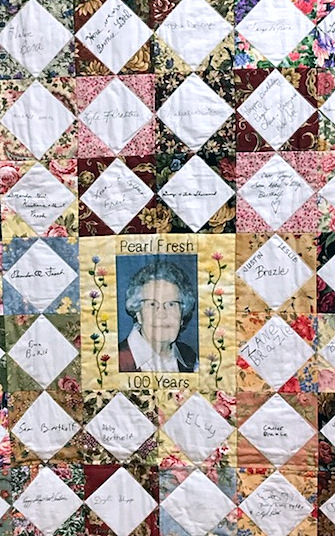 While Leta’s mom knew something was up at the party, the quilt Leta was ultimately going to make out of the blocks was going to be a surprise—one that, unfortunately, never got to happen.

“Mom had not quite finished it when grandma died,” said Jayna.

The combination of disappointment and grief that one feels at such a time would be enough to detour most people from completing such an emotional project, but not Leta.

“Mom put in probably 20 hours a day, but she was able to finish it up between when grandma died and the funeral,” said Jayna.

So, while Leta’s mom may have never had the chance to see the quilt, it ended up holding a special place of honor on display at her funeral. 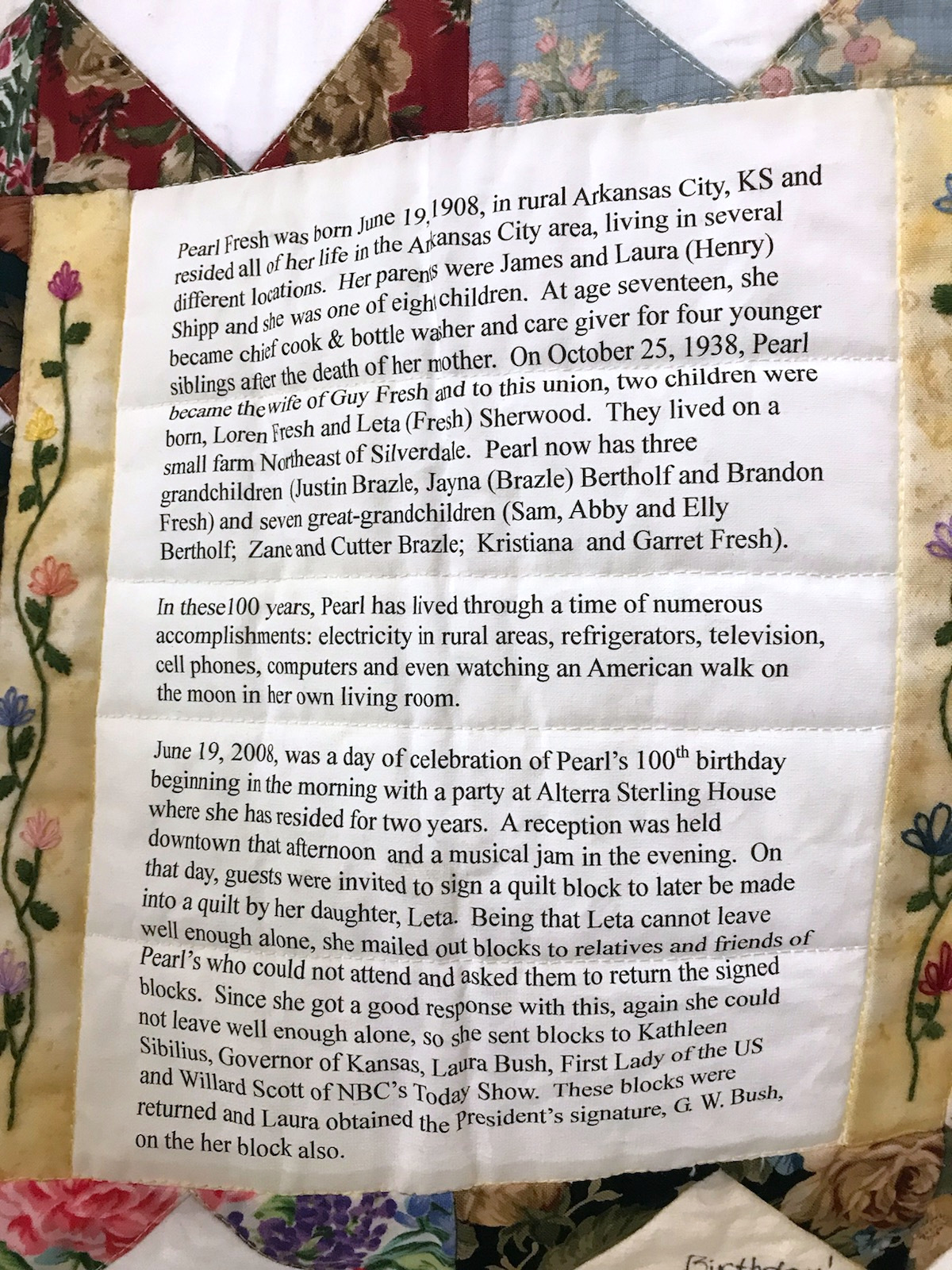 According to Leta, her ability to complete the quilt in such a short amount of time was the result of years of practice.

As a member of the local quilting guild, Leta has made numerous quilts over the years—some for family members and some to be given away for benefits or to comfort children in the hospital. She even won a top prize in PMMA’s Art is Ageless® juried art competition before moving into the community as a resident.

For Mother’s Day, Leta and Jayna plan to spend it together because as Jayna puts it, “we’re kind of a joint package.”