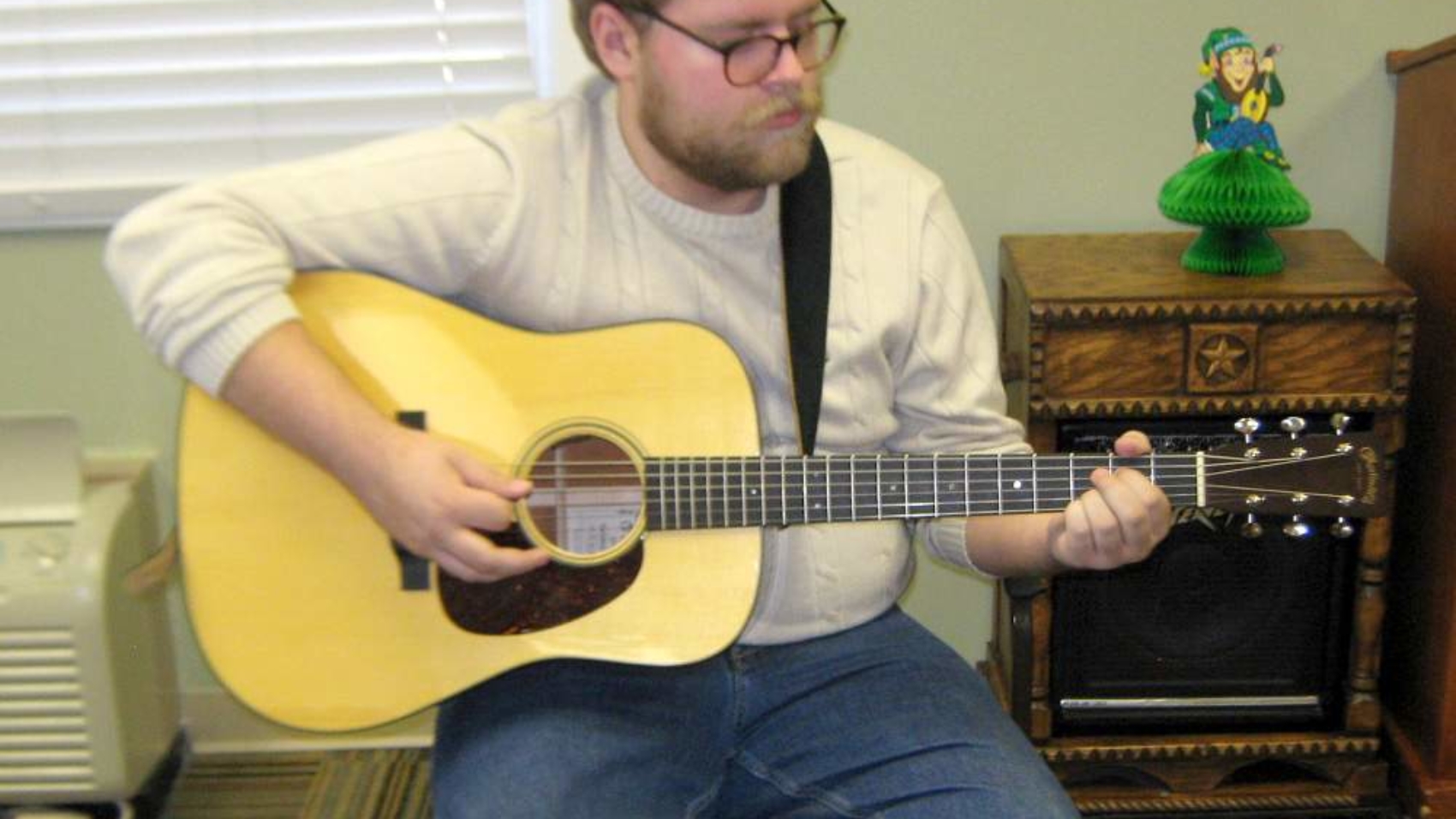 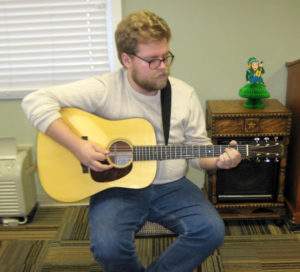 After Thomas Hardwick graduated from Rolla High School last May, he wasn’t having any luck finding a job just for the summer. So his mother, a hospice chaplain, suggested he look for volunteer opportunities instead.

Thomas’ search led him to Rolla Presbyterian Manor, and he began visiting once a week with his guitar and banjo. He played roots music like bluegrass and folk, first for memory care residents and then in health care, too. He was a little nervous at first, but he hoped he was doing something the residents enjoyed. His confirmation came, he said, “when my name stuck.”

Once the summer was over, Thomas packed up his guitar for the last time. But he decided to take a year off before starting college. Thomas said he was getting bored at home, so he got back in touch with Activity Director Joy Parker. Joy was happy to put Thomas to work again – this time, to help with the Music & Memory program.

Music & Memory provides individual iPods for residents in memory care, pre-loaded with songs that they or their family members have said are favorites. Joy did the work of developing song playlists for the residents. Then she handed the iPods off to Thomas to download the music.

In some cases, the response is dramatic. The documentary “Alive Inside” showed how music could draw out people with dementia who had been non-communicative.

It wasn’t long before Thomas saw the powerful effect of music firsthand. “I had a moment like that. I had played (live) for one woman before, but she was never very responsive. As soon as I started playing the iPod for her, she started singing along,” he said.

Music & Memory has had a profound effect on Thomas, too. It’s the reason he decided to major in music therapy when he goes to Maryville University in St. Louis this fall.

“I always joke that most of my friends are over 80 now. It’s kind of true. It’s nice to connect with new people, and you can learn something from all of them,” said Thomas, whose parents are Lindy and Michael Hardwick. “One of the things I’ve gotten from my peers, as far as age, is that people can be uncomfortable around old people, which is a shame. They have a lot of stories and things to give back.”