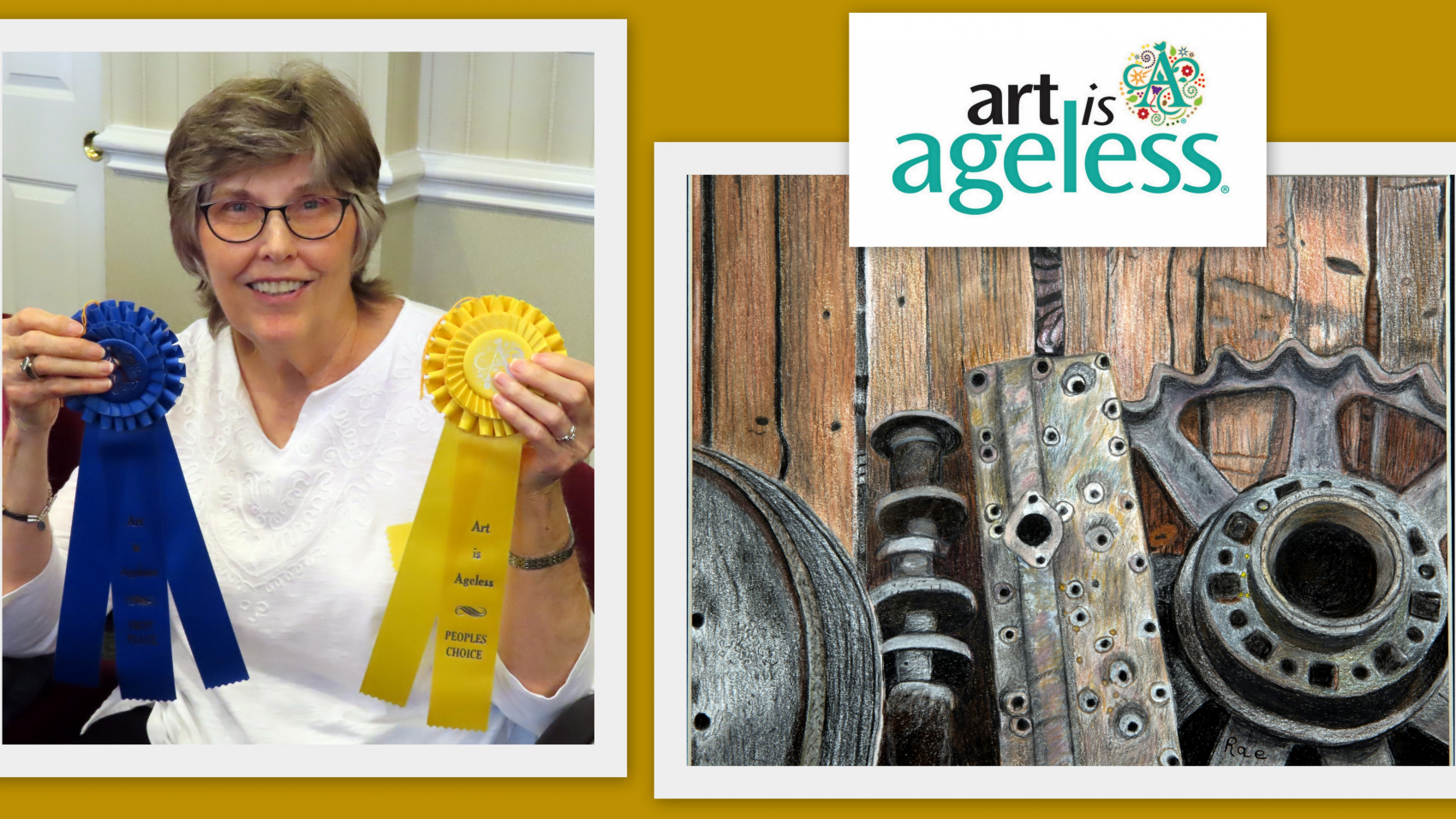 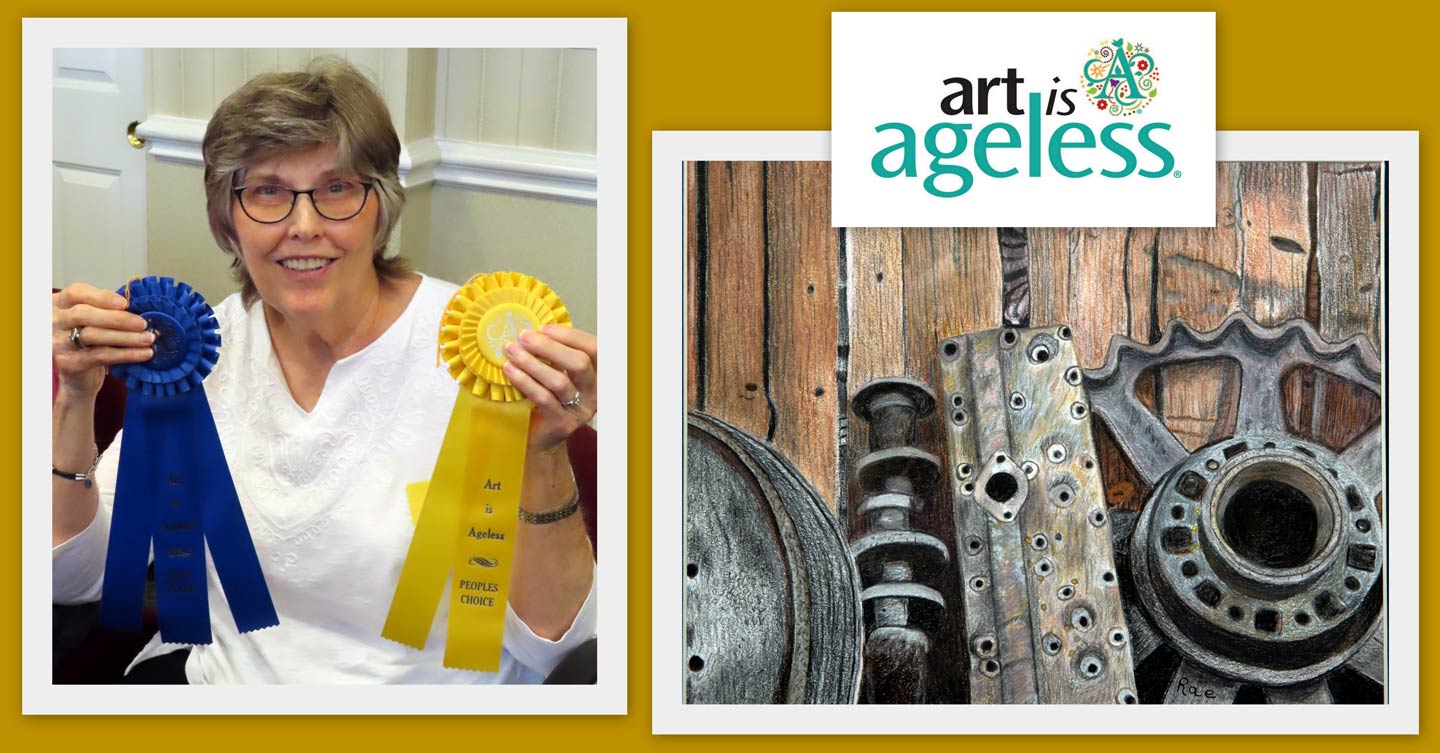 An experienced oil painter, Sharon Nelson was turned on to pencil drawing as an Aberdeen Village resident and now two of her drawings are receiving accolades through the annual system-wide Art is Ageless® juried competition.

Sharon’s colored pencil drawing on mixed media board titled “Golden Years, Golden Gears” was named Best of Show-Amateur at the masterpiece level in the annual competition and will be featured in the Art is Ageless 2020 calendar.

Another of her drawings, “Eagle Eye,” named People’s Choice in the local Aberdeen Village competition, also will be featured in the calendar.

Sharon, a first-time participant, was shocked when she learned she had won Best of Show for “Golden Years, Golden Gears.”

“I thought, ‘You have got to have the wrong person,’” she said.

The 76-year-old had dabbled in oil painting in her early years, so she was a somewhat experienced artist when she came to Aberdeen Village in 2016. Seeing that Aberdeen Village offered classes in pencil drawing sparked her curiosity.

“When my life freed up, I tried the classes,” she said. “It’s a reverse of what I was used to, but I thoroughly enjoyed it.”

“I fell into still life,” she said, “and I just enjoy doing it.”

“Golden Years, Golden Gears” is a drawing of farming machinery lined up against a wooden barn wall. Sharon was inspired by a photo her instructor at Aberdeen Village brought into class. It reminded her of growing up in a rural, agricultural area near Dodge City.

“Most of my life was spent in a small farming community in western Kansas,” Sharon said. “The local farmers spent the winter months cleaning and repairing their machines, so they were ready to start a new season. This drawing is a comfort to me as it feels like home.”

Sharon’s other piece, “Eagle Eye,” depicts the stateliness of a lone Eagle with its head slightly turned to the left showing one of its eyes.

The depth and detail of the drawing conveys the level of skill Sharon has acquired in the medium. She said she still has her old oil paints, but now prefers pencil drawing. It’s the simplicity and stress-relief she enjoys.

“Anytime you want to do it, you can take your pencils out and do it and there’s no cleanup,” she said. “I find it very relaxing. If I’ve had a stressful day, I can take it out and work on whatever project I have going.”