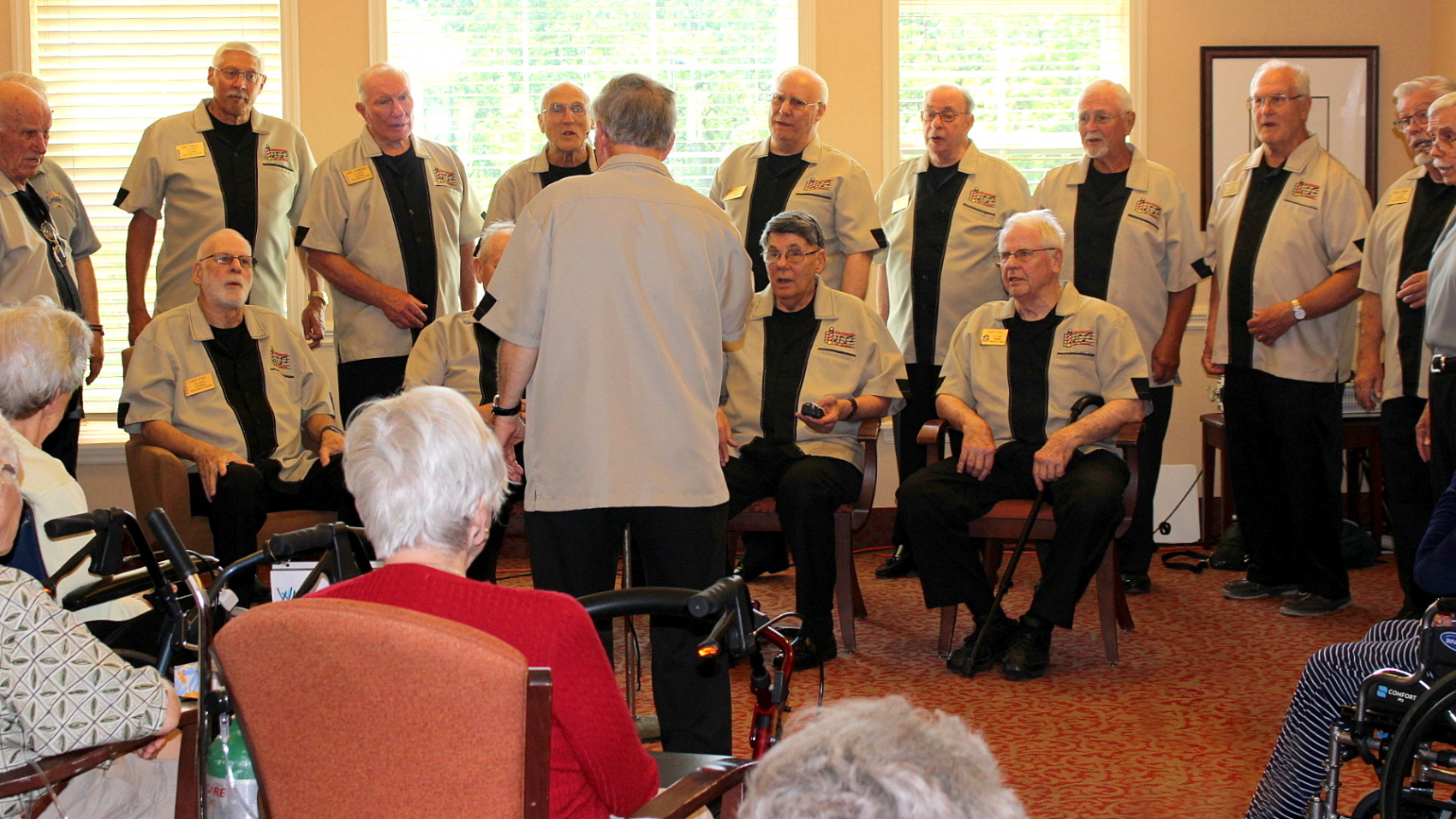 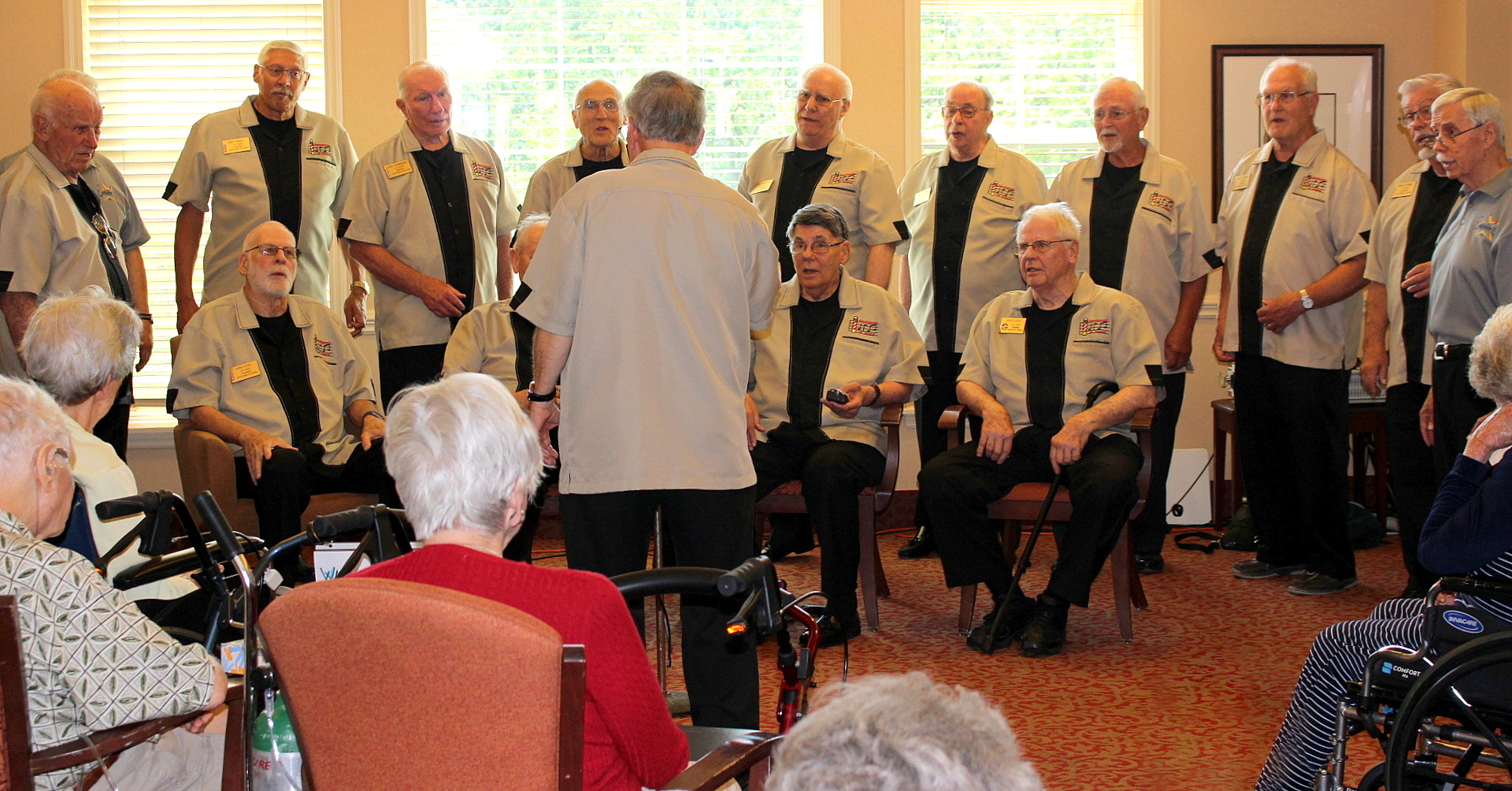 The Gentlemen of Sound came to perform for the residents at Aberdeen Heights. The show included a barbershop quartet and a sing-a-long.

There’s nothing quite like the harmonic tones of a Barbershop Chorus filling the hallways with favorite songs from a bygone era. When the Gentlemen of Sound visit Aberdeen Heights, it’s a community affair – with residents and staff invited to join in and sing along with some of their favorite songs.

“What ends up happening is that we’ll sing songs that they know and remember,” said Bill Westbrook, assistant director of the Gentlemen of Sound. “We get them involved in the sing-a-long and get them singing the songs they recognize.”

Westbrook explained that the secret to great Barbershop-style singing is the melodies created by ending notes and accenting strong vowels within the tunes. If the four parts – lead, tenor, baritone, and bass – come together as designed, it develops a tone that reaches across the sound spectrum.

“The residents say they hear every word,” Westbrook said. “The words are all synchronized together, and the four parts sort of go ‘bing’ and physics means you hear every word. It’s called ‘expanded sound,’ and we’re trying to present a ringing chord, so that each note we sing sounds so cool. That ending chord is something so pleasing to the ear. It’s so moving.”

A few standards that are popular with Aberdeen Heights residents include “Zippity Do Dah,” “Cabaret,” “Hello Mary Lou,” “Caroline” and “Kentucky Bay.” The group also incorporates several Polka and Irish tunes into their sets.

Aside from the chance to enjoy some great music, there are additional benefits to the Gentlemen of Sound performance.

“A lot of memory care units report that the residents are alert after the performance,” Westbrook said. “Music is something a patient doesn’t lose. The music we work on are songs that were written in the 40s, 50s, and 60s.”

Research from the Mayo Clinic suggests that musical memories reside in key areas of the brain untouched by memory diseases such as Alzheimer’s. A performance of familiar songs can touch those musical memories, often with a calming emotional effect.

Westbrook said the Barbershop Chorus also sings without music, from memory, so the performers can connect with the residents at Aberdeen Heights.

“When you sing without music, you sing from the heart,” Westbrook said. “And your eyes make contact with the residents. We work on getting the story to whoever is listening.”