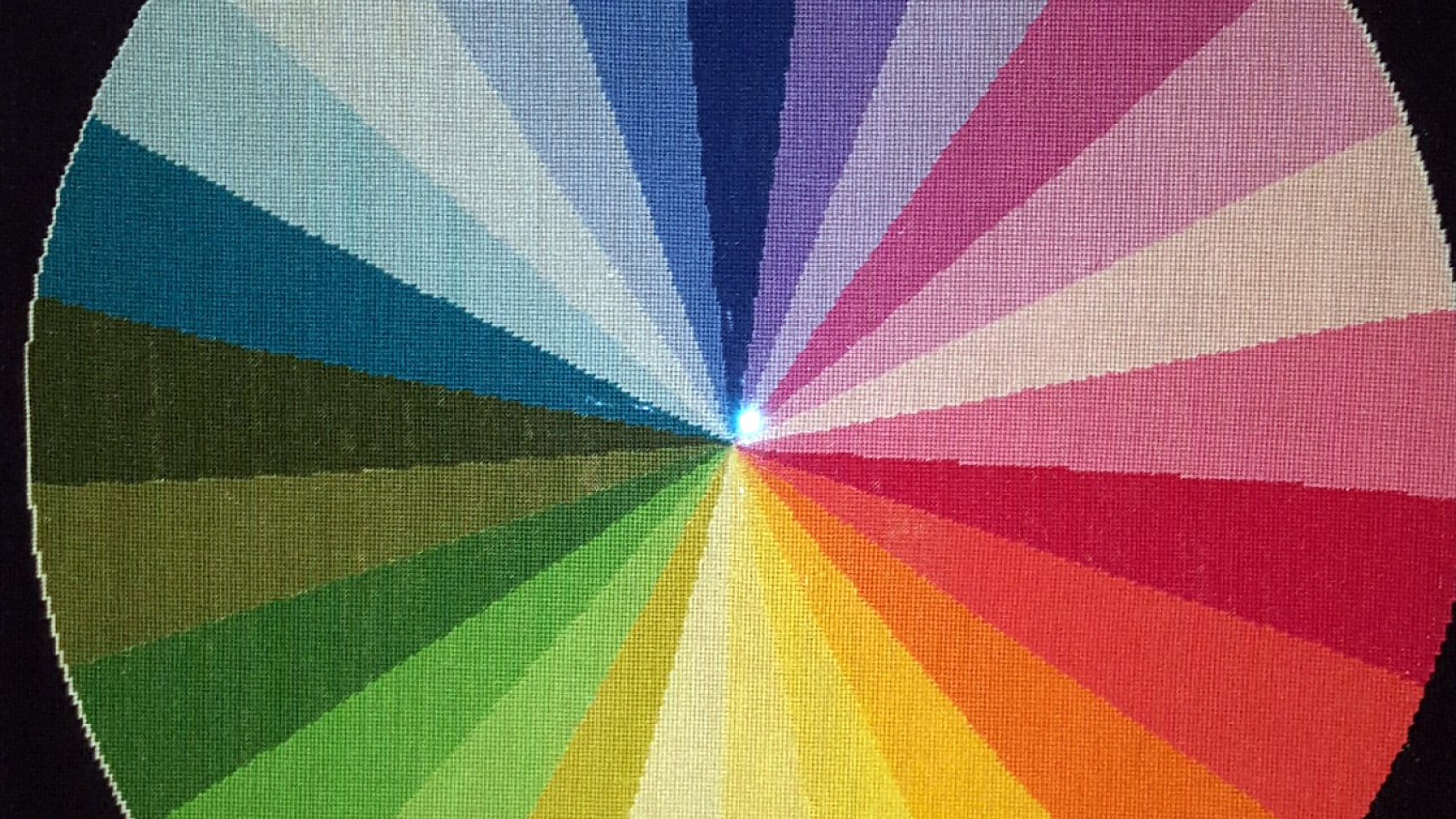 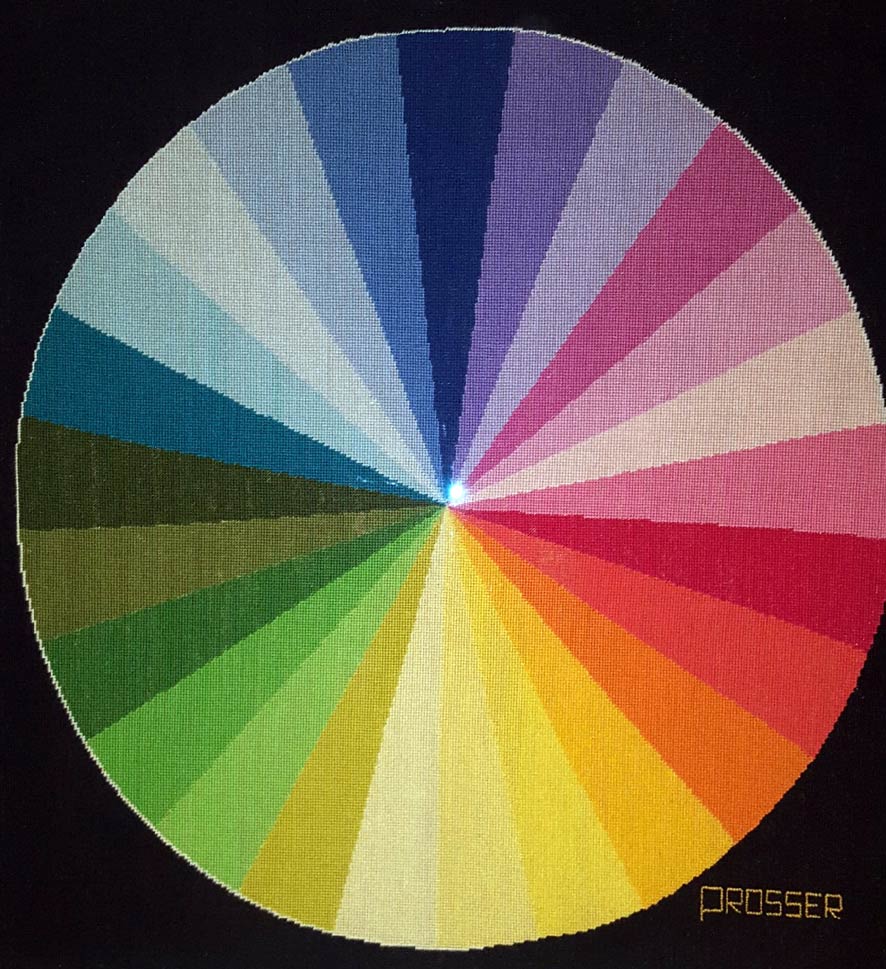 “Universe in Motion,” a 36” x 36” needlepoint color wheel by Rick that won Best of Show in the 2015 Art is Ageless (AiA) competition

Rick Prosser has been a common name around Presbyterian Manor since he first participated in the Art is Ageless® competition in 2015. His large work, “Universe in Motion,” won Best of Show that year, and he has continued to take home ribbons ever since. Our community celebrated Rick’s work when he was our featured artist in June.

“The people at the Manor have always been friendly and seem to really appreciate my work. During the reception they had for me at the end of June, they had a lot of questions. Many of the ladies related to the needlepoint I had done. And in the past, the men have talked about the acrylics and where I was coming from,” said Rick, artist and Lawrence resident for more than 50 years. 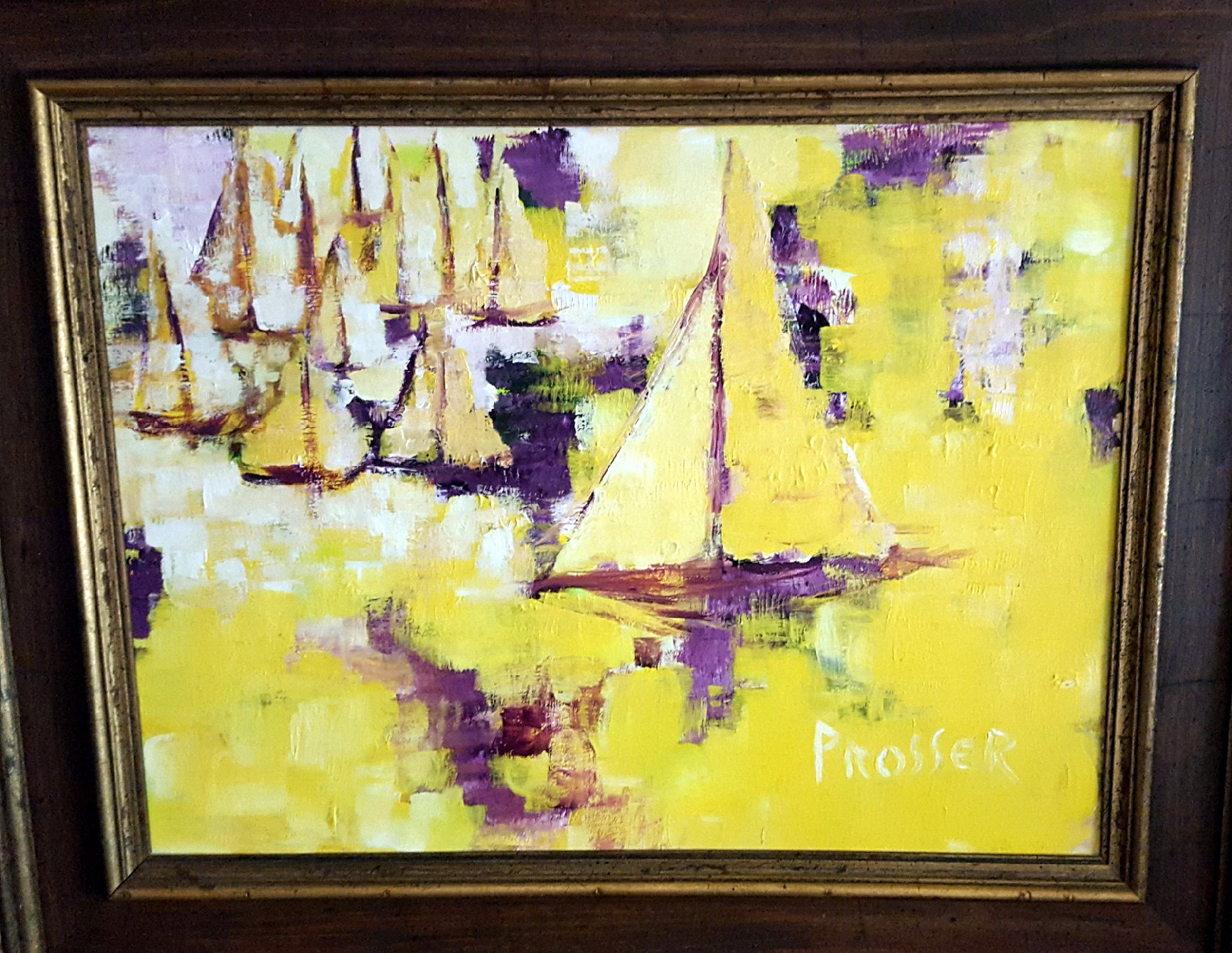 “Serenity,” an acrylic painting by Rick who enjoys painting serene-type scenery such as these boats

Rick’s career as an artist started out with pen and ink during college at Drury University in Springfield, Mo., where he got his bachelor’s degree in Fine Arts. He also attended KU’s graduate school of communications. He later moved on to painting with acrylics, which he did for many years, before he discovered his interest in needlepoint. 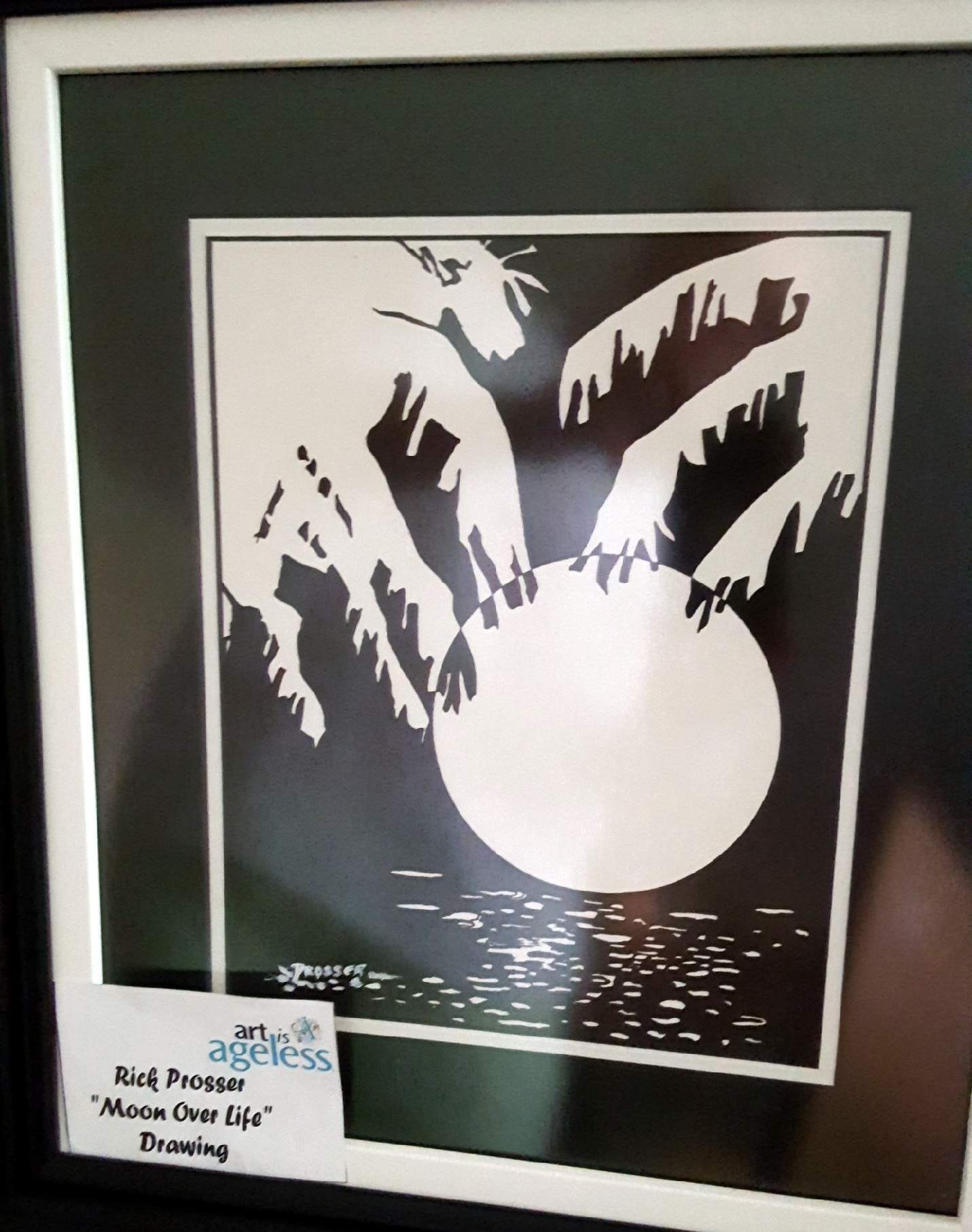 “Moon Over Life,” a pen-and-ink drawing and past AiA winner by Rick Prosser

“I became ill with cancer and spent quite a bit of time waiting in doctor’s offices. This was before cell phones, and I got tired of magazines and books, so I started doing some needlepoint. And then I started exaggerating on them – enlarging them into my own designs. Even if I started with something on the canvas, I eventually made it my own. Initially, I was embarrassed doing it in front of men, but then people started asking me about it. I started making my own pictures – somewhat modern – I’d done pictures on pillows, foot stools, dining room chairs and Christmas stockings … of course, you can’t produce as much, but in the beginning, I was extremely fast. I carried a briefcase with my needlepoint stuff in it everywhere I went,” said Rick.

Rick credits his wife Charlotte for being his inspiration.

“I like to think of Charlotte as my secretary, but she’s the one that keeps me together. I like for her to come in my man’s room – even if she’s reading a book or sleeping – I thoroughly enjoy her presence. She doesn’t say much, and she isn’t critical, but I can tell by her eyes if she likes something or not,” said Rick.

Charlotte joked, “I tell him to keep working! I’m his worst critic or best critic – I’m not sure which.”

The couple will celebrate their 52nd wedding anniversary on August 27 and have three children and seven grandchildren. Lawrence Presbyterian Manor resident, Betty Jo Miller, knows the family well after having taught Rick and Charlotte’s children piano for many years. 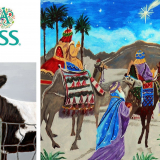 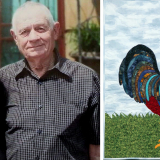 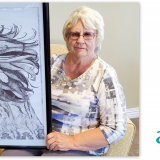 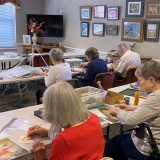