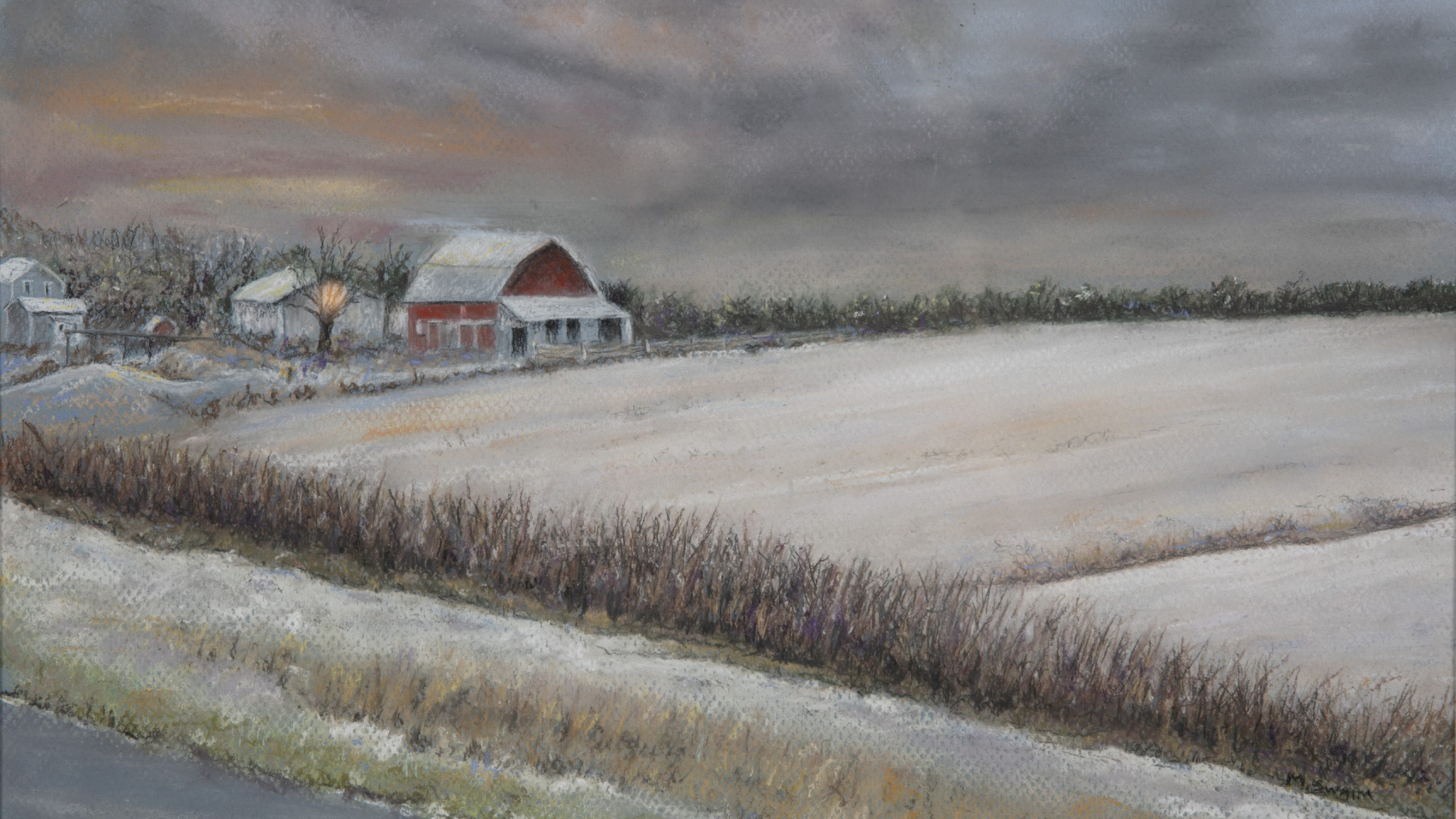 It’s no secret the Arkansas City greater community is full of talented individuals! We’re excited to highlight seven of them who participated in the 2020 Art is Ageless competition. 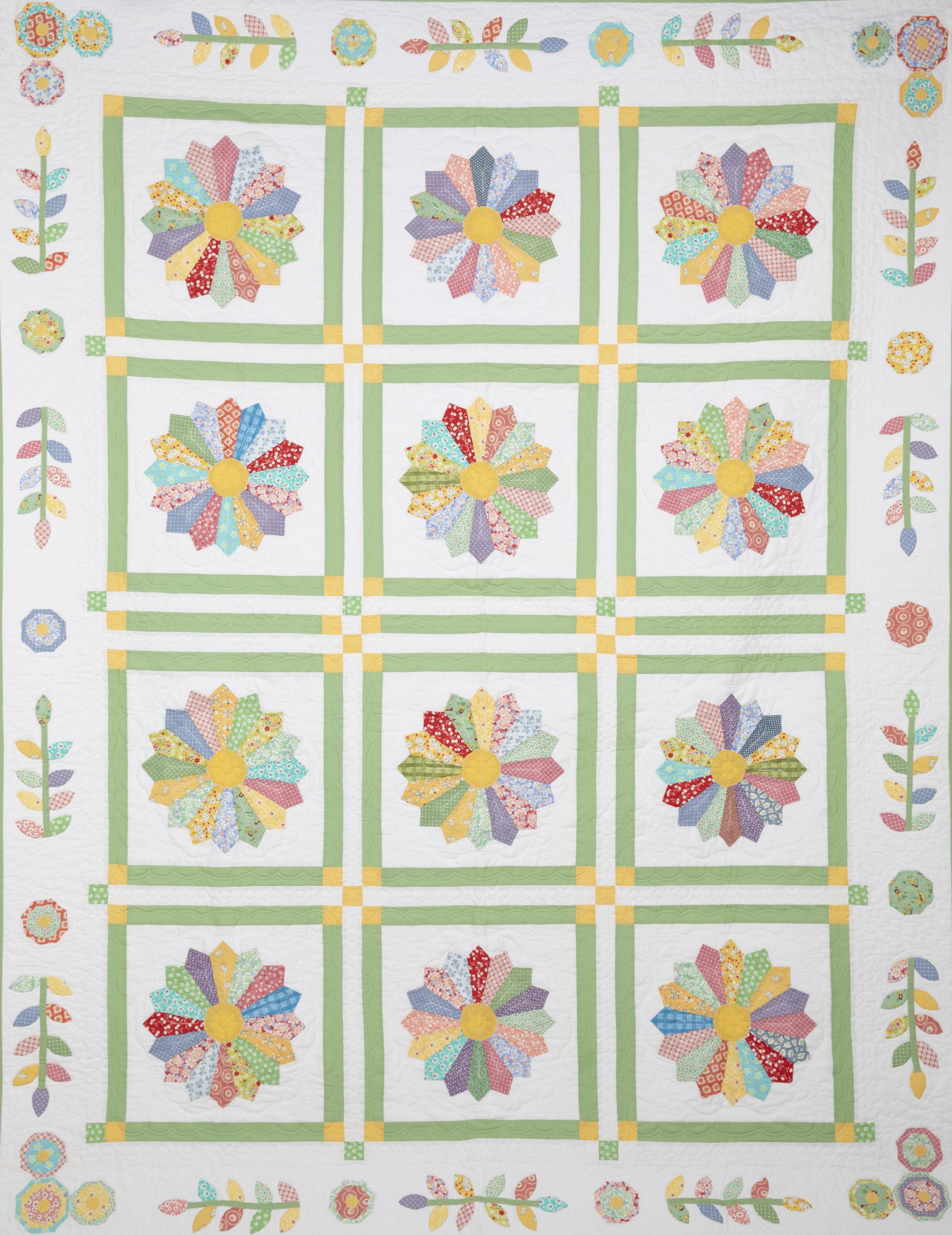 Wilda Buffo has participated in Art is Ageless for five years and appreciates what the competition offers seniors. “It gives you a chance to have something to do and to show something you enjoy doing,” she said.

A quilter for 30 years, Wilda has always liked the Dresden plate quilt pattern and had scraps of material from the 1930’s that was primarily flowers. All that was missing was the pattern – until there was a bit of divine intervention. “A friend of mine had passed away and her husband left me a bunch of her quilt magazines. The first magazine I picked up had that Dresden flower garden pattern on the cover. I thought, ‘this is a God thing.’ It was something I wanted to do, and the pattern was handed to me by chance,” she said.

Wilda’s “Dresden Flower Garden” quilt is featured on a pull-out postcard in the Art is Ageless 2021 calendar and as a greeting card. “I was pretty surprised when I found out. I know there’s so many talented people who enter the contest. I don’t consider myself top-notch, it’s just something I enjoy doing and that’s why I do it. It’s icing on the cake to get recognition,” she said. 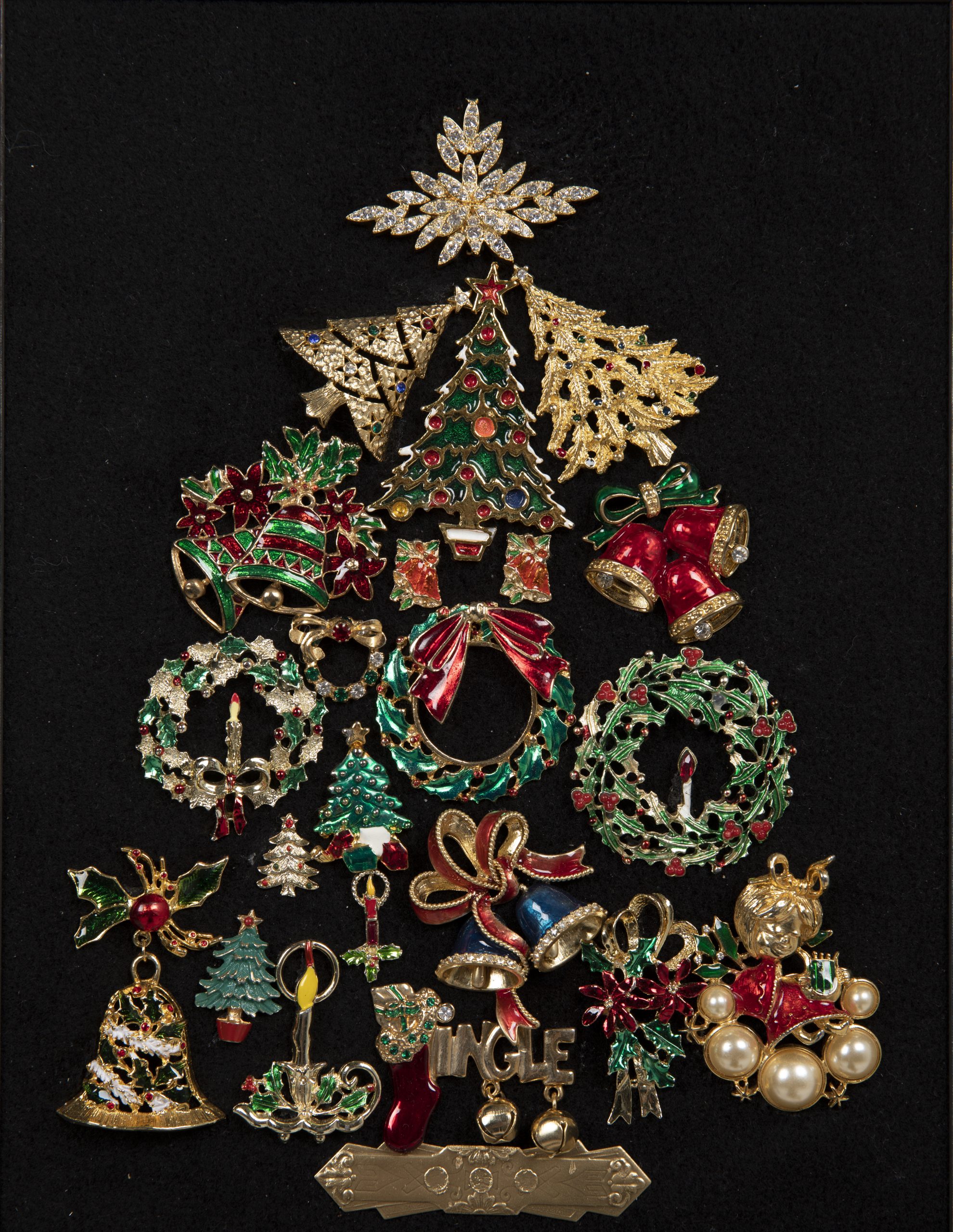 Donna Eastman’s talent for creating art out of jewelry started in 2013 when she saw some jewelry art and realized that’s what she could do with all the jewelry she had collected from family. “I had all this jewelry from relatives and great aunts and a lot of jewelry from the 1960s of my own. It takes quite a few pieces to put the jewelry art together like you want it,” she said.

Her Christmas entry, “Christmas Tree,” is featured on one of the Art is Ageless greeting cards. “I was really surprised and pleased when I found this out. I might send the card to friends and family this year,” she said. 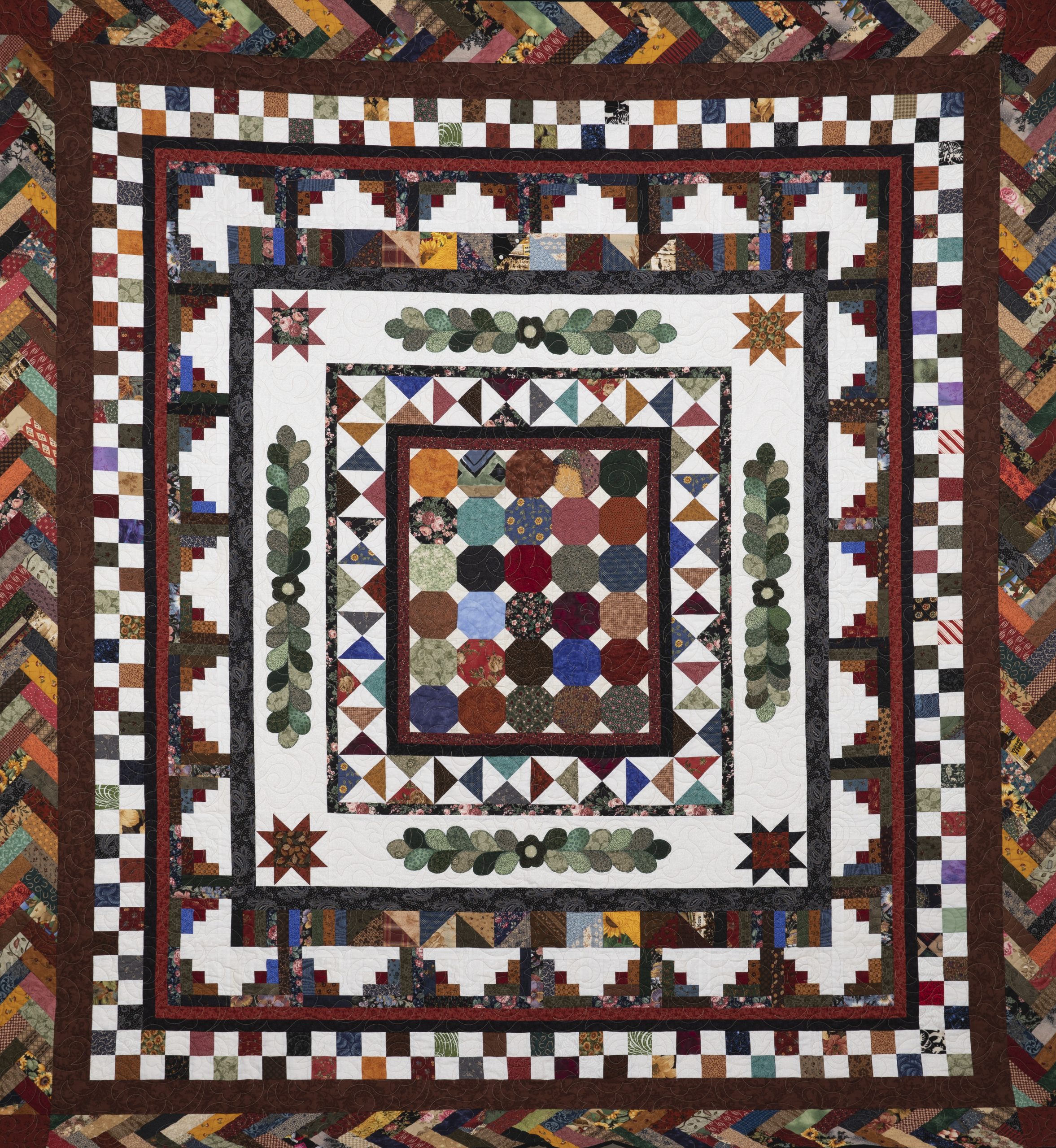 Claudia Ehlers’ Art is Ageless entry was seven years in the making. “I saw this quilt on the internet, it was from a lady in Nova Scotia. She would post a clue every month, and you had no idea what the quilt was going to look like until she released the last clue. I started it several times and thought I’d quit. I saved the clues each month, but life got in the way – we remodeled the house and we spent time visiting grandkids, so it got put on the back burner. Finally, one of my friends said this is really neat and you should finish it. So, I did. I was really pleased with it after I saw what her plan was,” said Claudia.

She was also happy with her results in the Art is Ageless competition. “I’ve probably participated three or four years in the past, but I’ve not had anything judged. I just entered my work. This year I was talked into having my work judged. I’m glad I did,” she said.

Claudia’s quilt, “A Journey Through Time” is a masterpiece winner and is featured in the Art is Ageless 2021 calendar. “This is the first time anything I did on my own was featured in anything. It is really exciting! I feel really honored to have won and want to thank everyone who is a part of this program,” she said. 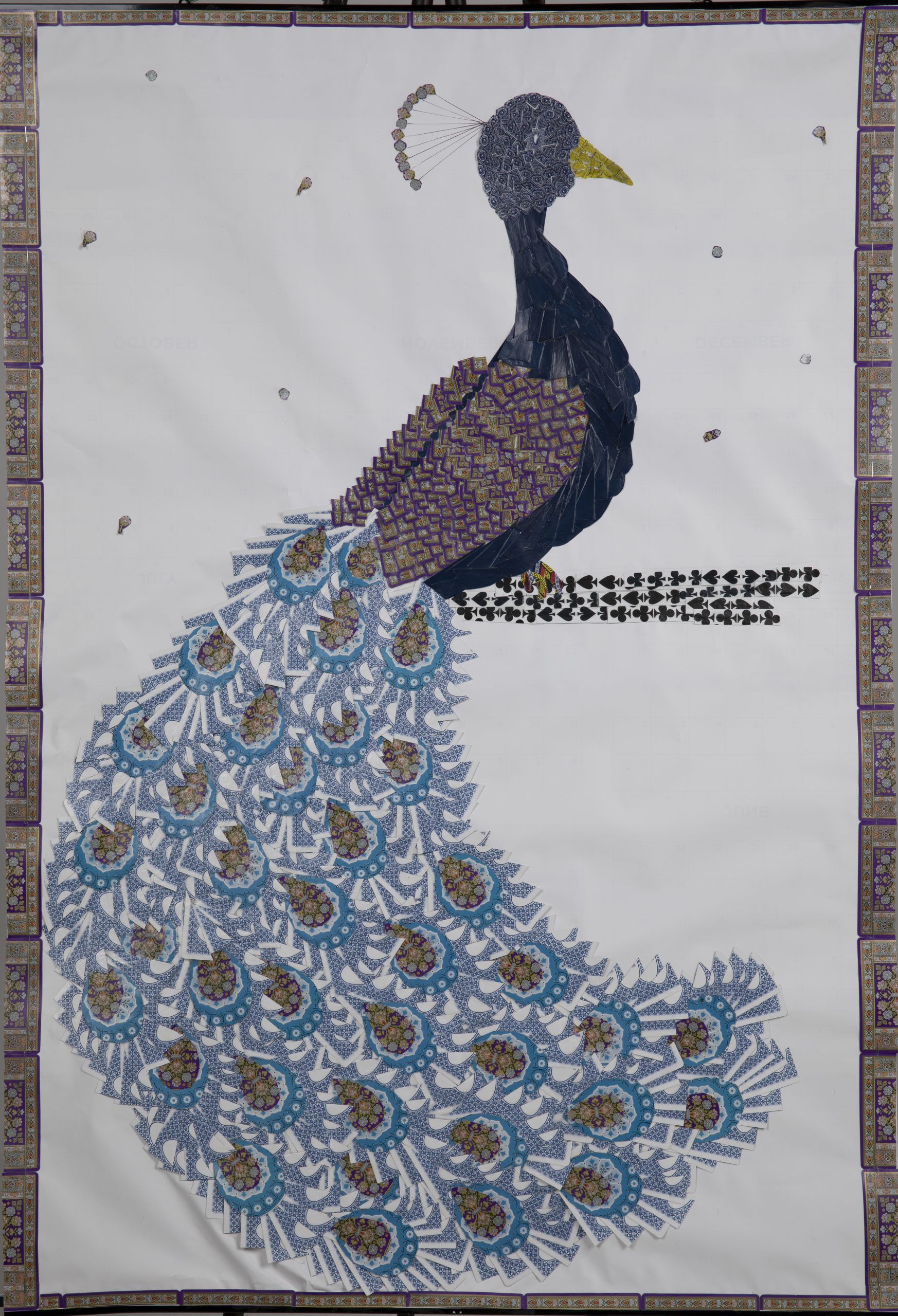 You might say Janice Hale had a little beginner’s luck at this year’s Art is Ageless competition. “This was my first year to compete. I’ve been to several exhibits over the years, but this is the first time I’ve entered something in the competition,” she said.

Janice’s winning mixed media/crafts entry, “Peacock,” was created with repurposed materials and is featured in the Art is Ageless 2021 calendar. “My sister gave me a bag full of playing cards – some were from the casino and some she bought at garage sales. I thought maybe I should make something out of them to get rid of some of them. I thought it out and realized that if I cut the cards just right, they’d look like a peacock’s tail,” she said. Janice attached the cards to the back of a large wall calendar that she recycled, too.

“I was completely surprised I won,” Janice said. She also hopes that more people in Arkansas City will hear about the competition and see the work created by seniors in the community. “I think Art is Ageless is a very good program because there’s a lot of seniors that have such talent. I think I notice that more now. I wish more of Ark City would get behind the program and come see the work,” said Janice.

Eleven years ago, Marjorie Swain competed in her first Art is Ageless competition and she’s been doing so ever since. “I heard about the competition from a friend in an art class. I entered the first pastel I had ever done. It got first prize … because it was the only entry. I was hooked!” she said.

This year, Marjorie’s winning pastel, “Waiting for Spring,” is featured in the 2021 Art is Ageless calendar. Her inspiration was a scene she saw on a road trip to Iowa with her husband, Steve. “Being farmers, just seeing that farm with the snow-covered field made us think of all the wheat fields covered in snow just waiting for spring, and the crops underneath there being patient,” she said. 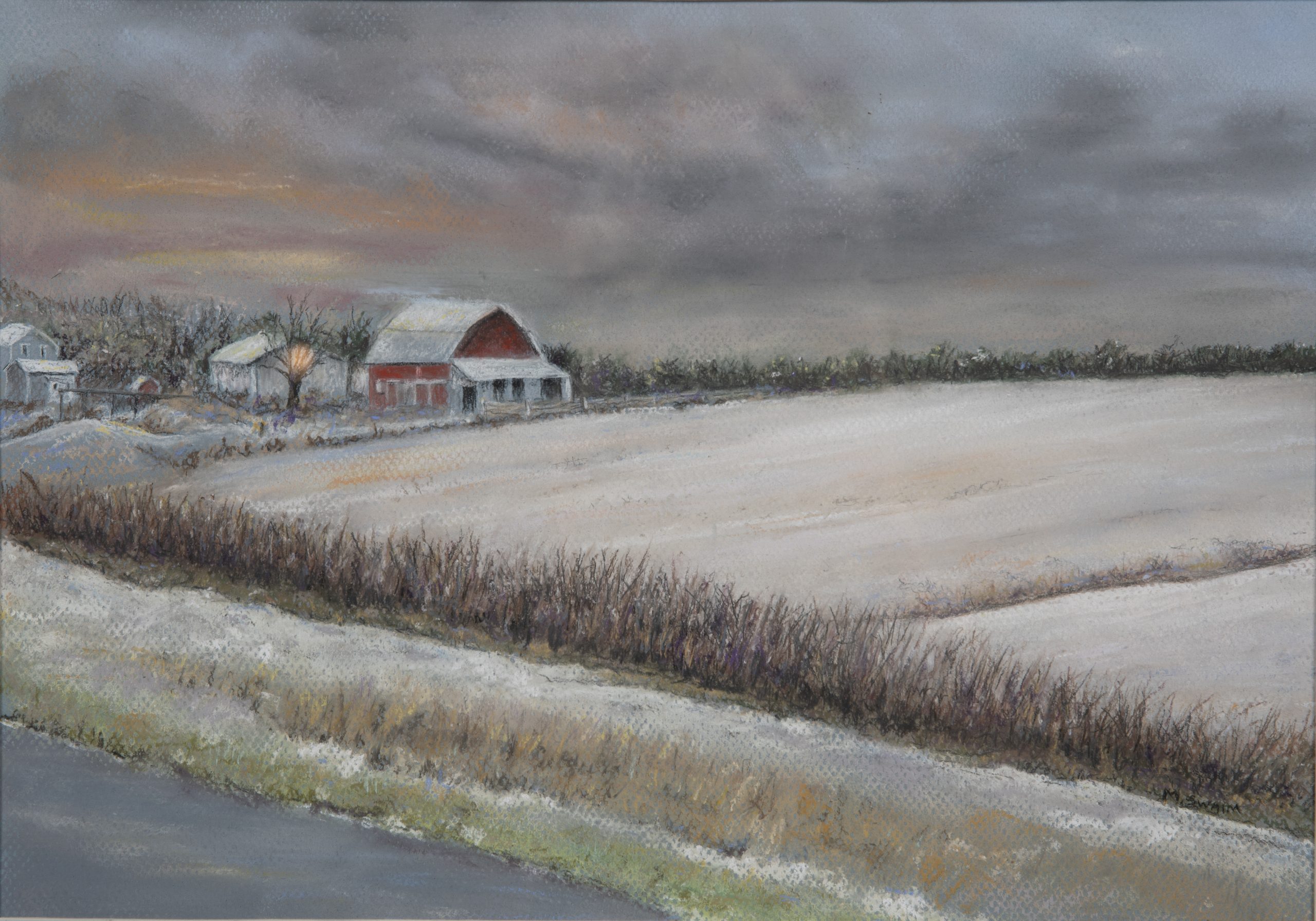 Even though she’s been competing in Art is Ageless for a decade, Marjorie still gets excited when she is recognized for her talent. “That’s always just a real affirmation that what I’m doing is special to others besides myself,” she said.

Marjorie encourages other seniors to participate in the competition, too. “I think Art is Ageless is wonderful and it’s really good we’re reminding everybody that you can be creative and productive no matter what age you are, especially during a pandemic.” 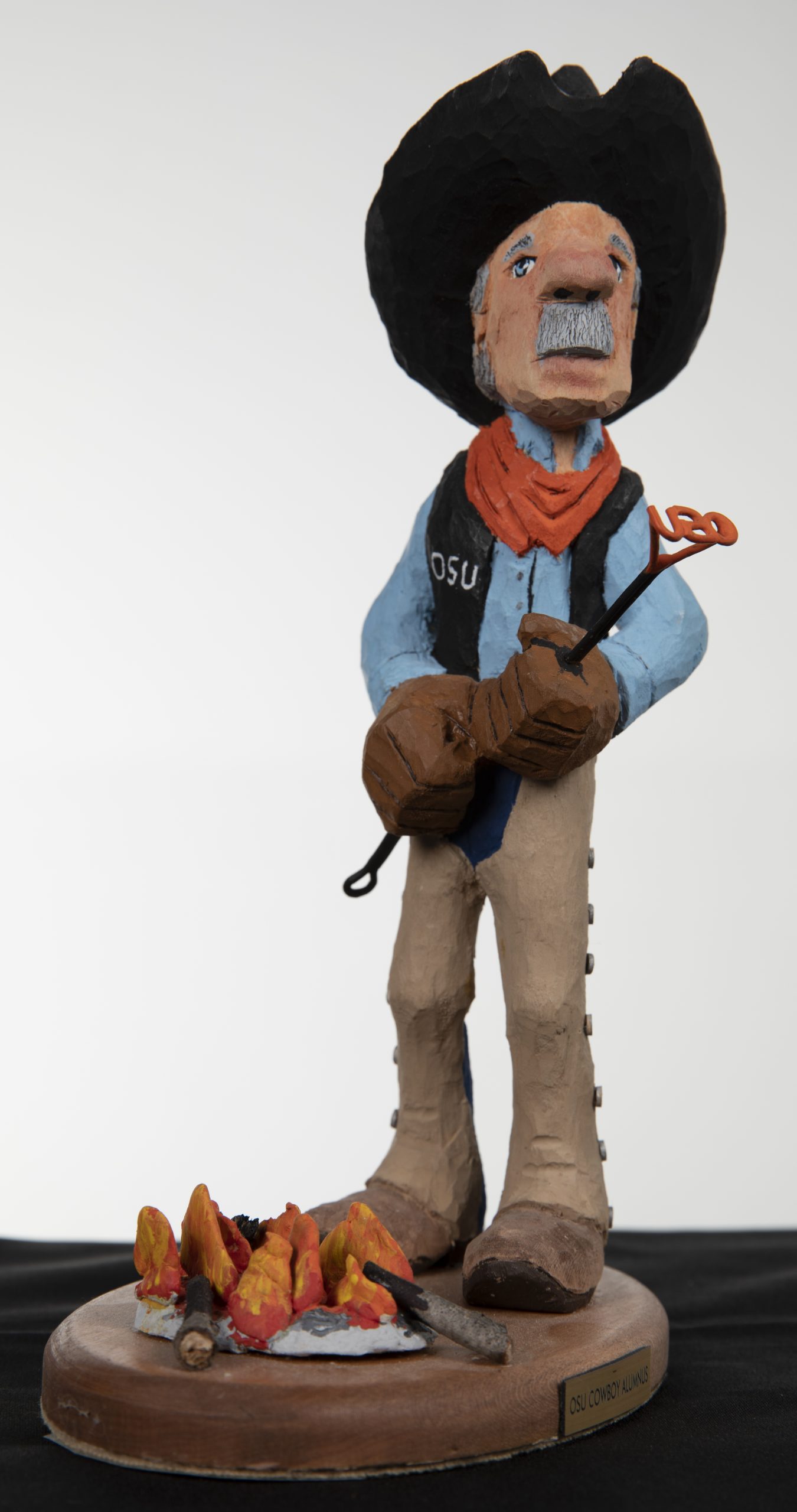 Talk about a creative power couple. Dr. Steve Swaim and his wife Marjorie have been participating in Art is Ageless since 2009. “It gives us older folks a purpose in life. Some of us may not be able to get around very well, but we can use our hands and abilities for a purpose,” said Steve.

As a veterinarian and professor, Dr. Steve Swaim found his purpose after retirement that continued to incorporate his work and love for animals. “I spent 50 years carving on dogs and cats as a surgeon and thought, ‘I have to keep doing that in some way,’ so I did this,” said Steve.

His hobby is carving caricatures of animals and people, often in veterinary-oriented situations. But he branched out and did something a bit different for this year’s Art is Ageless competition. “After I taught at Auburn University College of Veterinary Medicine, I was asked to do a teacher graduate course at Oklahoma State. One lady on the administration was very helpful getting all the paperwork and bureaucracy taken care of to get the course started. So, I thought I’d carve something for her as a thank you. She’s a tremendous OSU fan, so that’s where I started,” said Steve.

His sculpture 3-D entry, “OSU Cowboy Alumnus,” is featured as a pull-out postcard in the Art is Ageless calendar. “After it won, Marjorie said to keep it for our collection, so I guess I’m going to keep it and carve another one for the lady at OSU. I’m going to send her the postcard and tell her hers is coming.” 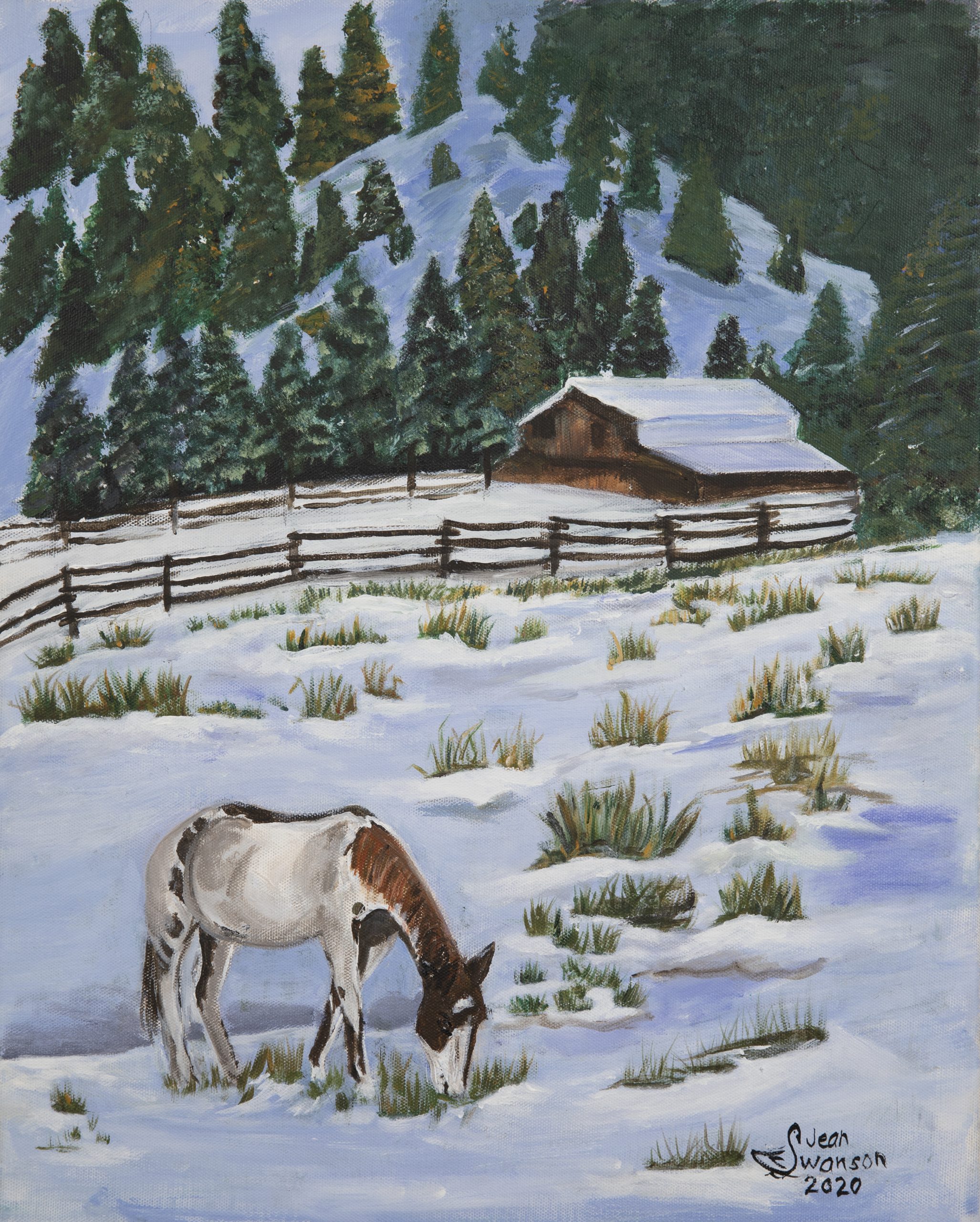 For the last seven years, Jean Swanson has participated and placed in the Art is Ageless competition. “This program is important. There are so many talented people in this area. It’s amazing! It gives them the chance to show what they can do,” said Jean.

For the first time in the years she’s competed in Art is Ageless, Jean demonstrated her talents with her first acrylic entry as she’s always done pastels. Her piece, “Kern Valley, CA Horse Ranch” won the painting category and is featured in the 2021 Art is Ageless calendar.

“It was a really challenging thing. I hadn’t been painting for a long time with acrylics, I had been doing nothing but pastels. I took this big canvas and put the charcoal on and it looked pretty good. When I took my paints out I just did it. It just magically appeared on the canvas because God held my hand. That’s the only thing I can think of the way it turned out the way it did,” said Jean.

Competing in Art is Ageless is just one of several things Jean has been checking off her to-do list. She recently illustrated a children’s Bible story book that was written by her husband’s son-in-law and she was recently asked to teach a class at church. “These are things I have dreamt of. God has given me these opportunities. I can’t walk without a walker but I’m young at heart. I think I enjoy my abilities now more than I did before,” said Jean.

Congratulations to these talented individuals who represent the Ark City community in this year’s Art is Ageless competition! 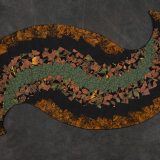 Linda McCoy, pictured with her sons Tim and Mike Textile ... 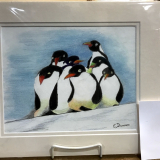 A Walk around Aberdeen by Ginny Graham The year 2020 has ... 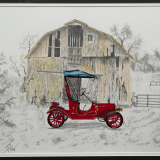 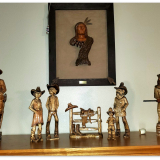