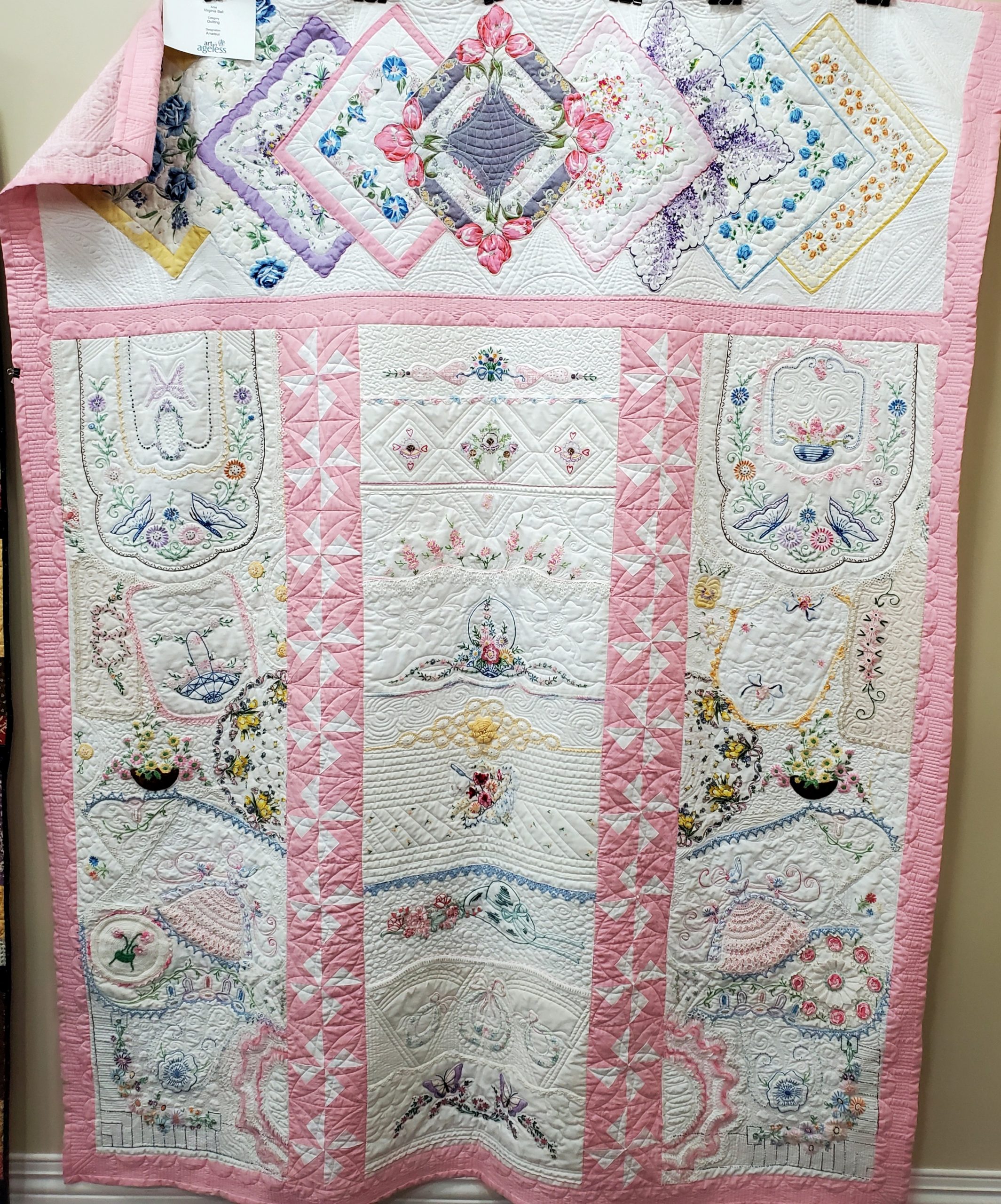 Virginia Ball had been quilting for more than 20 years and had never entered her work into any contests when her mother—and Arkansas City Presbyterian Manor resident—Elsie Tipton, convinced her to submit one of her pieces into PMMA’s 2021 Art is Ageless® juried art competition.

“My mother entered her quilt last year and since I turned 65, she said, ‘you should enter too,’” said Virginia.

Virginia listened to her mom—and she’s glad she did.

Her piece entitled “Memories” was awarded first place in the quilting division and was named “Best of Show” at Arkansas City Presbyterian Manor. A photo of the quilt is also featured on a commemorative greeting card that accompanies the 2022 Art is Ageless calendar. 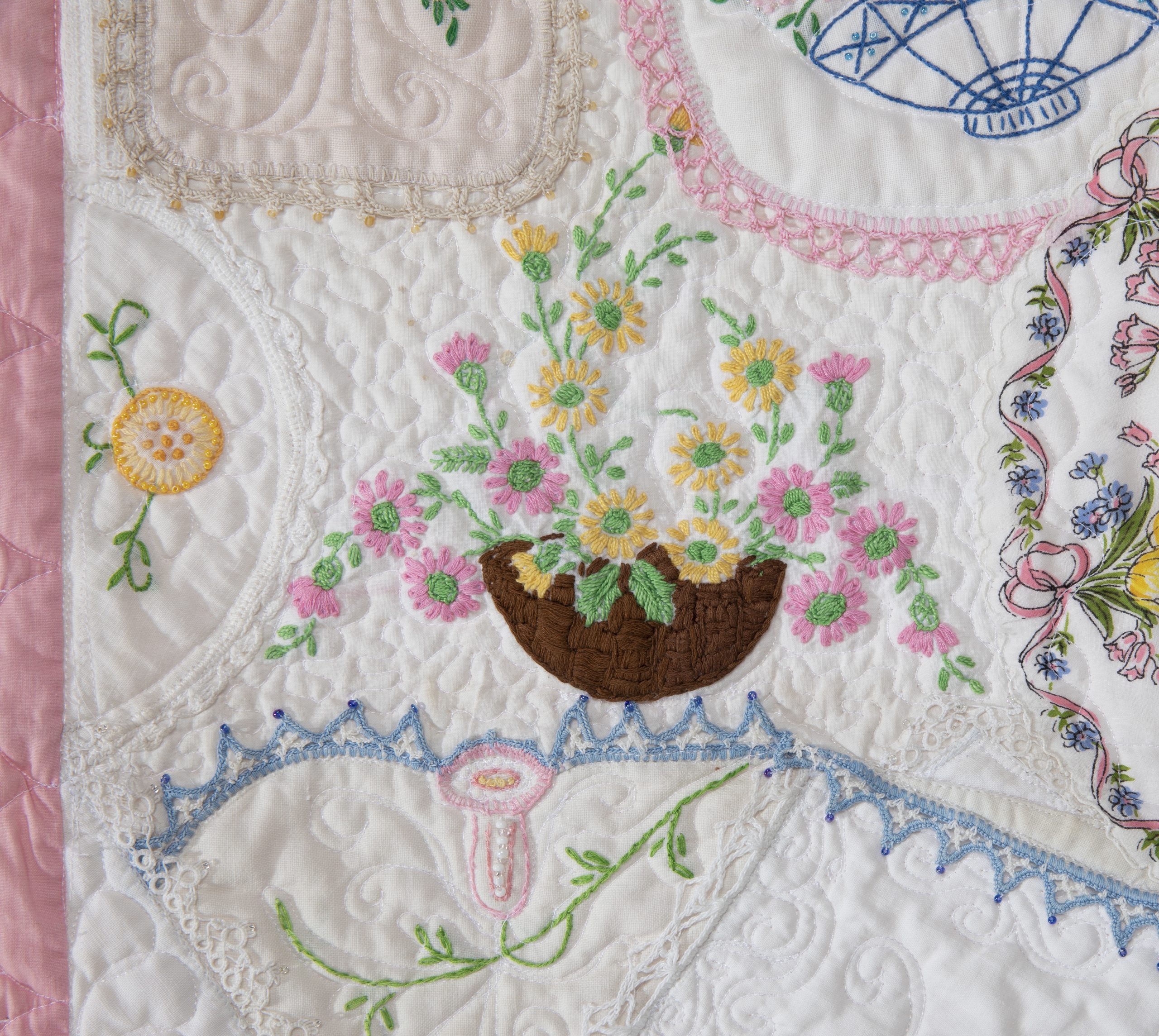 Beyond being beautifully crafted, “Memories” was unique among the quilts entered into the competition due to the material Virginia used to make it.

“Instead of buying material to make it, I went to different antique stores and drug out some fabric that was my grandmother’s, my mom’s and my aunt’s,” said Virginia. “I wanted to bring it back to life so the artwork that others had done could live again. 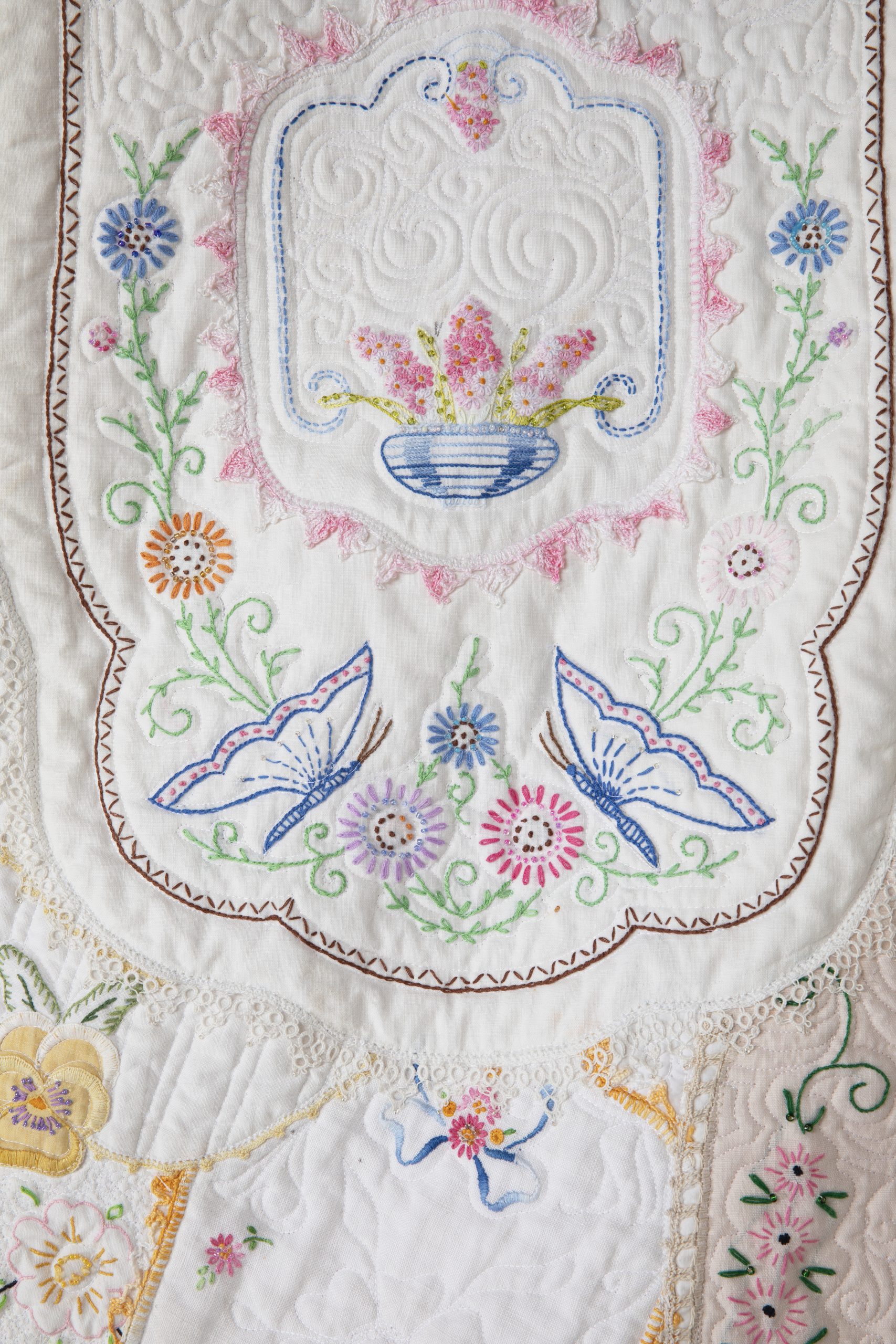 “You see so many vintage doilies and table scarves at the Goodwill that people donate to be resold and it breaks my heart to see all this beautiful handwork that people went to so much work and time to be put in a drawer that you get out once a year.”

The process of collecting the material, assembling it and ultimately quilting it took Virginia approximately 10 months in total to complete.

“It took a little longer than usual,” said Virginia. “A lot of the vintage stuff is old and yellowed so there’s a process to clean it up and get out old the stains and the yellow to make it beautiful material again.”

Virginia’s current project is another “recycling” job as she is converting her daughter’s wedding dress into two quilts for her granddaughters that she hopes will be done in time to enter into this year’s competition.