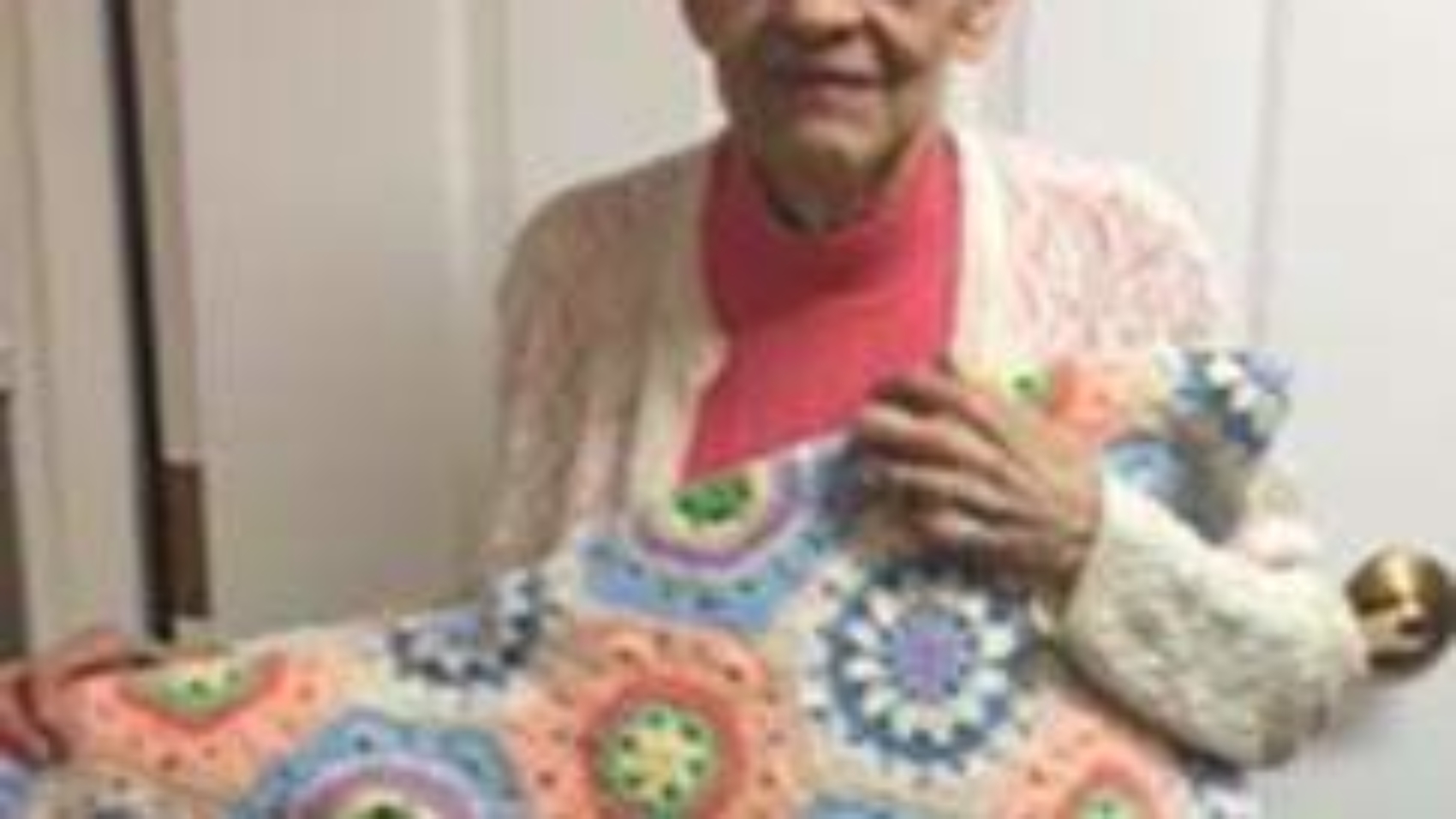 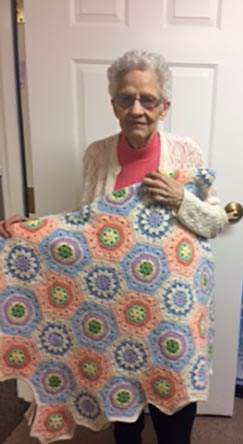 While we welcomed Edith Collins into Presbyterian Village in April 2018, she’s a longtime resident of Fort Scott, moving here in 1945 from Matrix, Mo. After moving to Fort Scott, Edith attended nurse’s training. Along her journey as a nurse she met her future husband Lewis, when his mother was being treated at the hospital where Edith worked.

They married and moved to a farm just outside of Fort Scott and had four children. Edith worked night shift from 1948-1990 at Mercy hospital as an RN mostly on the OB floor, but when there were no babies being delivered, she worked other areas. Her husband worked the cattle, planted the crops and helped with the children.

“Lewis did not like vegetables, so there was no canning to do,” said Edith. “But I was thankful for that because I didn’t like to can. I remember my mother, Grace, canning for hours and hours. It was such work in those days!”

Still she still had her share of labor at home. She made all of her family’s clothing including her nurse’s outfit, but she has not sewed for years.

“I wanted to learn how to crochet a baby blanket for my firstborn grandchild, so I got a pattern and set out on the new task at hand. That was 43 years ago. Since then I’ve moved on to sleeveless jackets, pillows and blankets,” said Edith.

Edith has a blanket she crocheted for herself that her sister wanted, so Edith crocheted that exact blanket for her sister so they both have matching blankets.

“When I crochet something, I never keep it. I always give it away. This is just something I enjoy doing,” said Edith.

A few of her items were displayed in the lobby at the Presbyterian Village in June 2018.