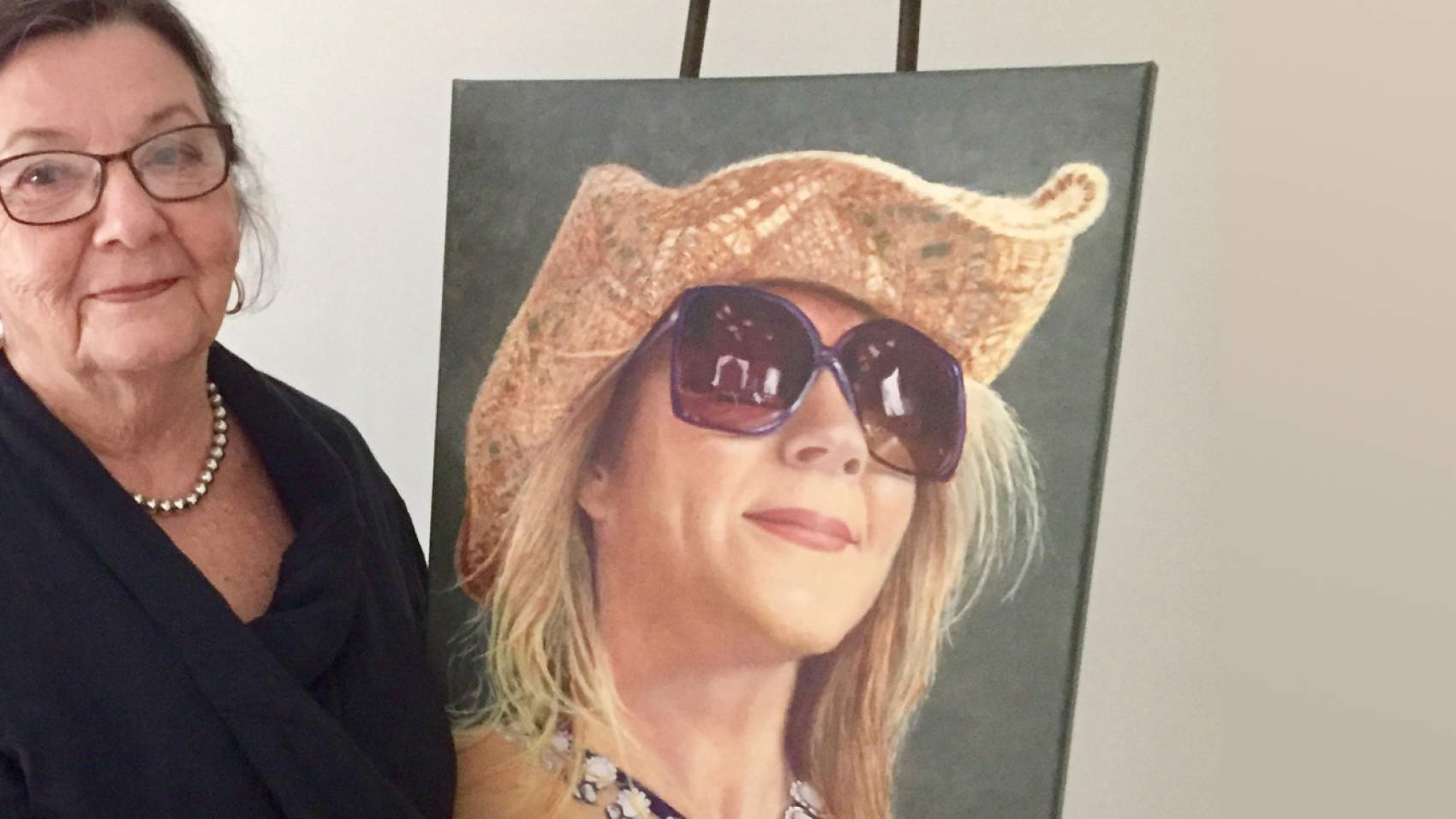 Anita Alsup found inspiration for “Grateful” in the expression on a friend’s face. The piece took top honors in the PMMA Art is Ageless competition in 2018.

Anita Alsup, 83, of Ste. Genevieve recently took home the top prize in the professional division of Presbyterian Manors’ Art is Ageless® competition for her painting, “Grateful.”

The painting, which depicts a friend and local restaurant owner, was selected not only because of the high degree of technical ability it exhibits, but the warmth and humanity revealed in its subject matter—something the artist strives for in all of her work.

For “Grateful,” that muse actually ended up being a photograph that was taken of the subject before heading out to a special event.

“She has this free spirit personality, and I had looked at different photographs to find the one that most portrayed that spirit,” said Anita. “When I saw that one, I knew this was it. It’s so her. I know she was grateful for that day and that memory—sometimes I like to connect a special memory, a day that’s special that you’ll never forget.”

This isn’t the first time Anita has been recognized through the Art is Ageless competition. She has previously been awarded “Best of Show” in the Farmington competition along with the “Judge’s Choice” award and another “First Place” award, however she is especially thankful for this year’s recognition.

Anita is currently working on a new project—a painting commissioned by her son that’s based on a favorite photograph of the two of them standing in front of the Fox Theatre prior to attending a performance of “Jersey Boys.”

“There’s so much background so it’s very labor intensive,” said Anita. “I’ve finally gotten to the point where it’s developing and I’m so excited about it. It’s challenging, and we need challenges.”
Based on past experience, Anita is undoubtedly up for the challenge.